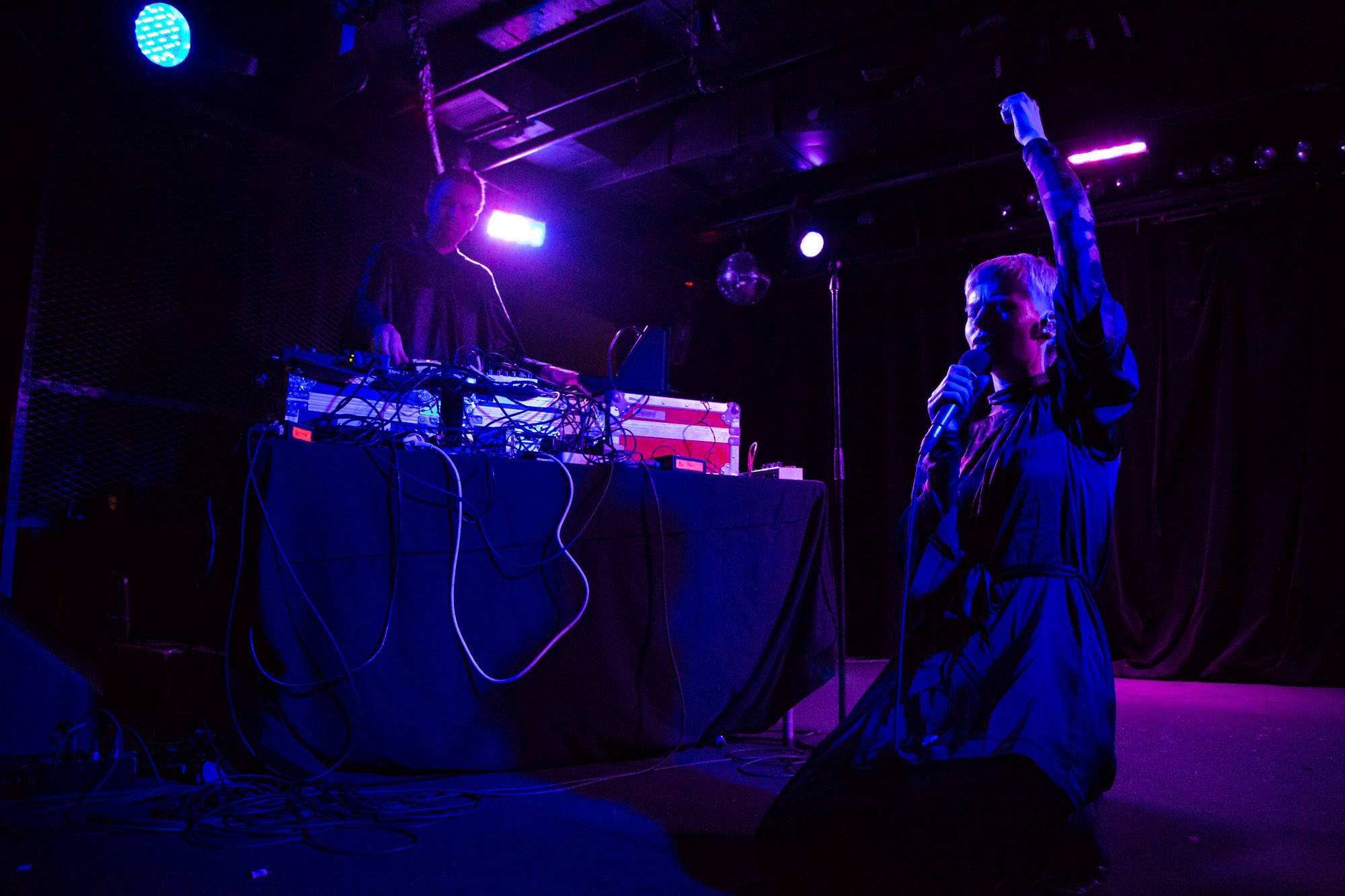 Jenny Hval in Vancouver at the end of her 2016 West Coast tour for her latest album, Blood Bitch. Hval is a Norwegian singer/songwriter known for performance art and transgressive music.Â Local artist Francesca Belcourt opened.

HvalÂ began playing in bands at the age of 16. From there, she first started taking music seriously while attending university in Melbourne, Australia. According to a recent interview at Beatroute.ca:Â “I was studying other types of performing arts and fine arts, so music was sort of the only thing I wasn’t studying, it was my free space. A way of processing a lot of heavy theory that I was reading, and sort of avant garde art strategies I was studying,”

Hval released her first two albums under the alias Rockettothesky (taken from her first recorded song in 1999). Since then, she has recorded three albums under her own name, including Viscera, Innocence Is Kinky, and Apocalypse, girl.

Photos – Jenny Hval in Vancouver, on tour for Apocalypse, girl

She made her debut as a novelist in 2009 with Perlebryggeriet, and followed up in 2012 with the “less genre-friendly” (according to her website) book Inn i ansiktet.Â In addition, she has worked on a number of collaborations, sound pieces, compositions, productions and performances.

Co-produced with noise producer Lasse Marhaug, Blood Bitch is, according to Hval, “an investigation of blood. Blood that is shed naturally. The white and red toilet roll chain which ties together the virgins, the whores, the mothers, the witches, the dreamers, and the lovers.”

The album’s debut single is “Female Vampire”. Director Jenny Berger Myhre shot the “Female Vampire” video onÂ an iPhone. The videoÂ stars Hval and her friends, andÂ nods to low-budget horror sexploitation films of the late 70s and early 80s. In a statement on her website, Hval notes those movies, including the works of Jess FrancoÂ (Vampyros Lesbos), inspired the record.