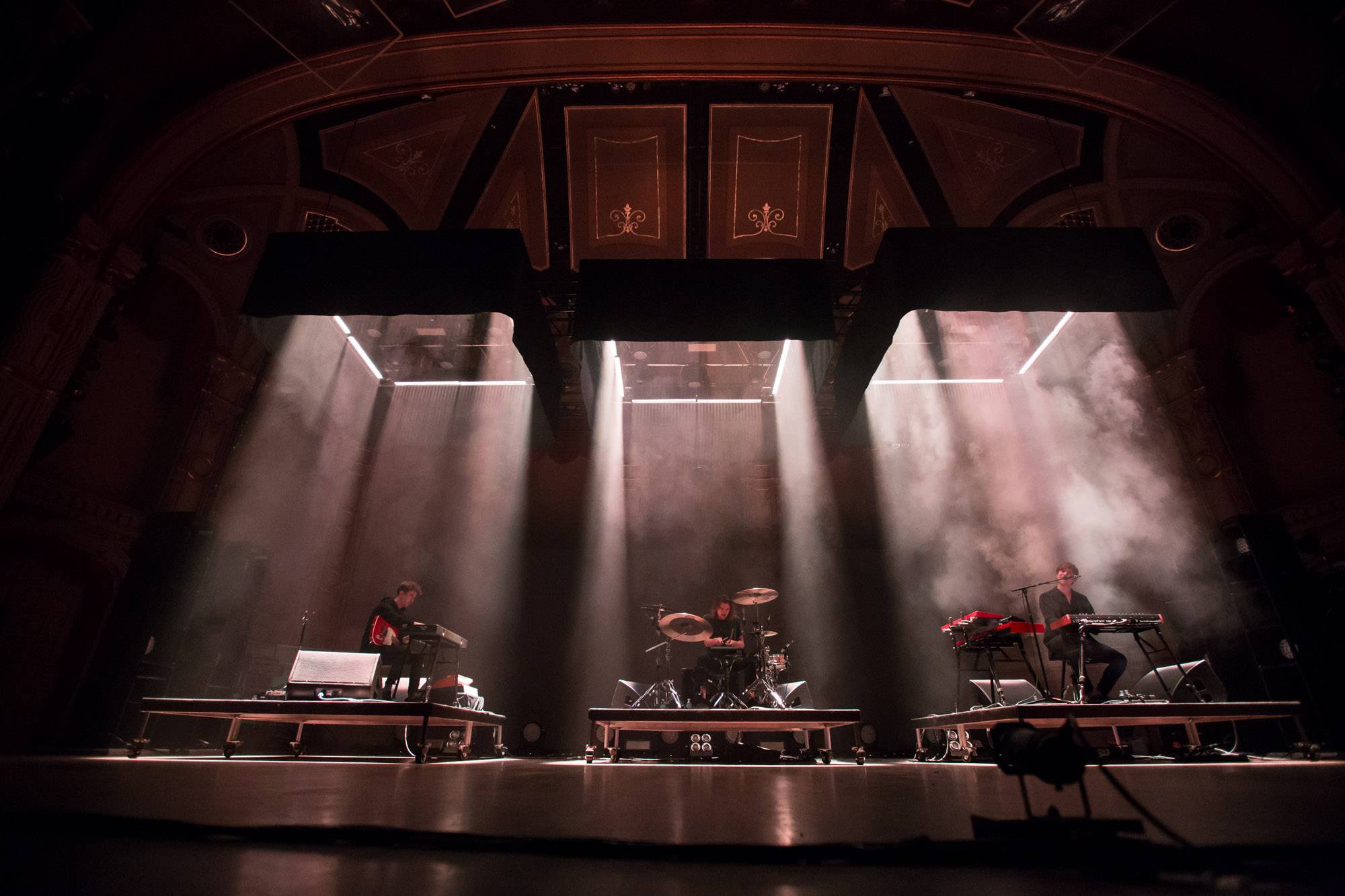 James Blake at the Orpheum Theatre, Vancouver, on Thursday night. The British singer/songwriter is on tour for his third album, The Colour in Anything.

According to an 8.2 review on Pitchfork, “In keeping with his last two albums, The Colour in Anything is a hard, frank, and unsparing listen…” Tracks include “Radio Silence“.

Guests include Frank Ocean and Justin Vernon, as well as Connan Mockasin, who plays bass on a song.Â Rick Rubin produced seven of the 76-minute album’s 17 tracks. Much of The Colour in Anything was mixed and mastered at Rubin’s Shangri-La studios in Malibu.

Blake was born James Blake Litherland in 1988. He first received recognition in 2010 for a trio of dubstep-influenced EPs, including The Bells Sketch, CMYK, and Klavierwerke.Â In 2011 he released his self-titled debut album in UK. His second studio album Overgrown (2013) was awarded the Mercury Prize.