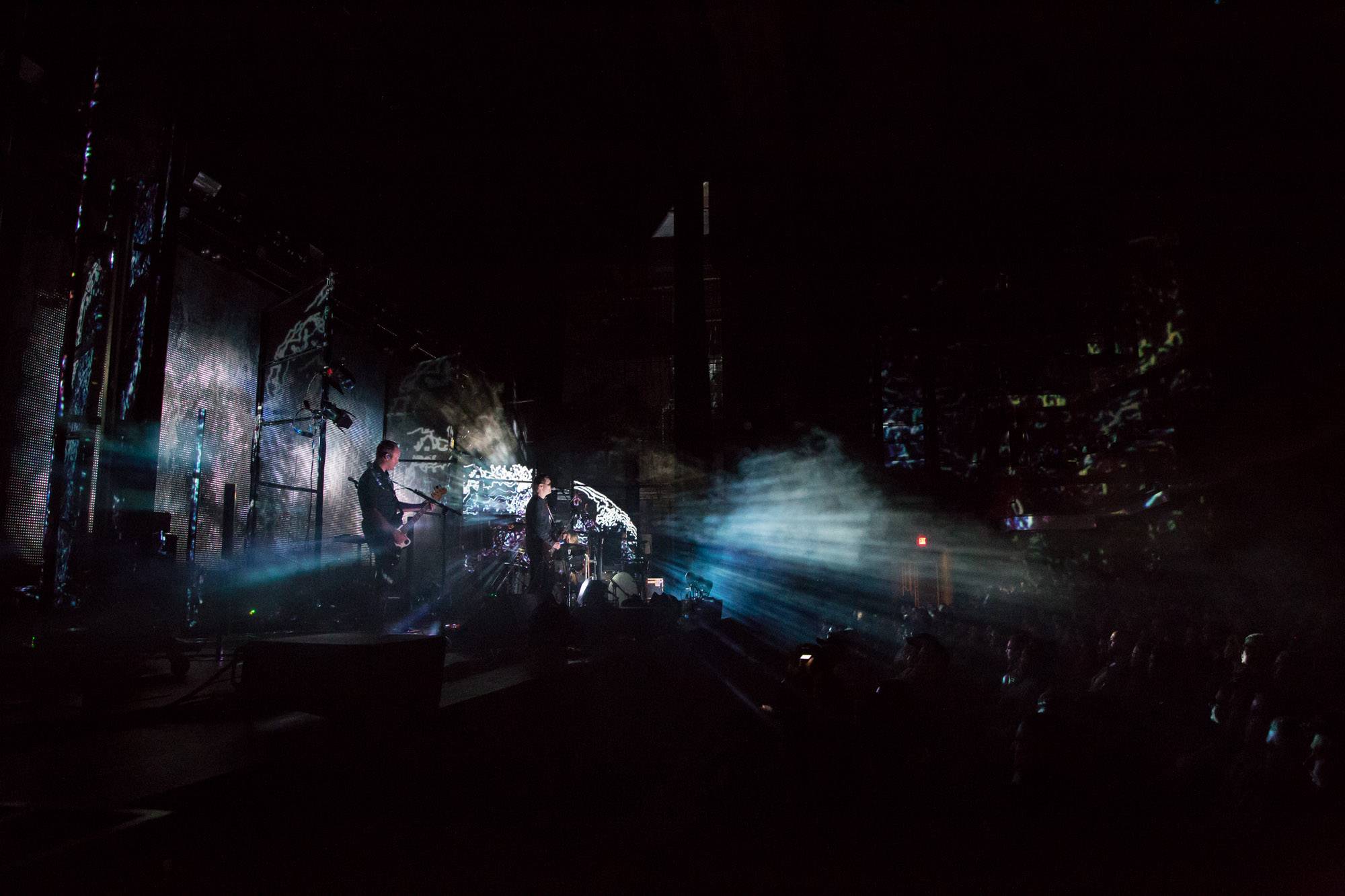 Sigur RÃ³s in Vancouver at the start of their current tour Monday night.

The shows are being billed as “An Evening with Sigur Ros.” The shows are the Icelandic band’s first in theatres in a decade, and include new material. The concerts consist of two sets and an intermission.

According to a press release about the tour, “In keeping with the scale of the venues, the group will be performing without the string and brass sections that have been characteristic of recent performances, opting instead to focus on the core unit of the band itself. The shows will give the group a chance to road test new music, the first time since the tour leading up to the acclaimed ( ) album in 2002 that the band has performed new material ahead of album recording sessions. Alongside this experimentation played out in public, the band is also planning on attempting new interpretations of old songs that haven’t been played in a very long time.

“Though the scale of the venues and band will be reduced, the live production will be characteristically stunning, designed again by the team behind their previous Knights of Illumination award-winning tour.”