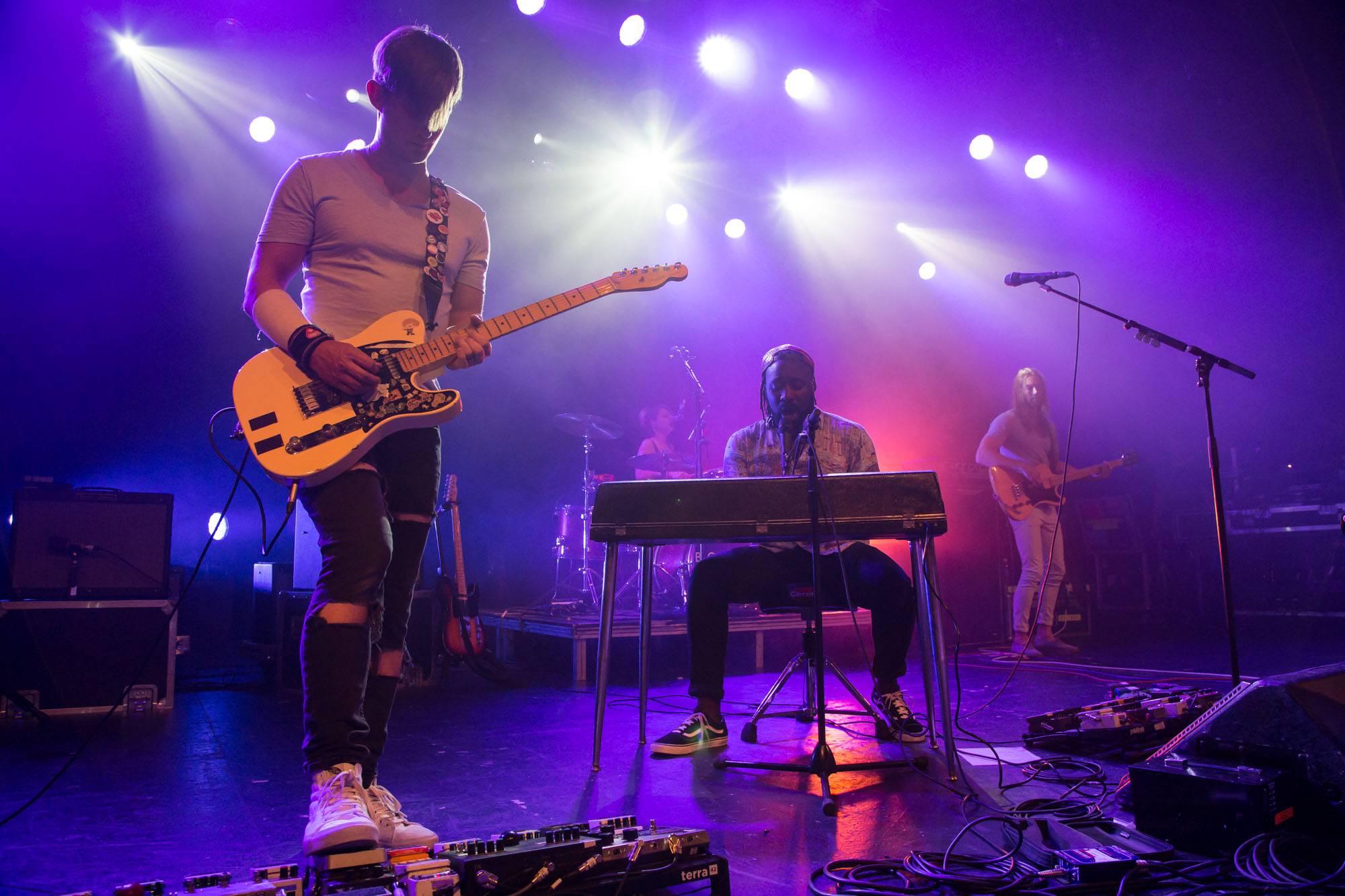 “I’ve always been adamant I know what’s good for the survival of the band.” That’s what lead singer Kele OkerekeÂ of Bloc Party told NME earlier this year, in reference to the departure of founding members Matt Tong and Gordon Moakes.

“People think bands breaking up is sexy but often it’s super mundane, like not flushing the toilet or washing up. It’s often not about the flashpoints but deep-seated issues.” Following the split, Okereke and remaining guitarist Russell Lissack recruited Justin Harris and Louise Bartle to help bring a new incarnation of the much-loved band to life. Anticipation was high for their show at the Commodore Ballroom FridayÂ night, in support of their fifth album Hymns that came out in January.

Their set drew from all over their discography, with only five out ofÂ the 13Â songs coming from Hymns. The highlight was “The Love Within”, the new record’sÂ opening track, with which the band closed their set. The entire pit lit up in a frenzy to Bartle’s pounding rhythm and Lissack’s syncopated guitar licks, with several crowd surfers bouncing around with big smiles. They finished up their encore with “Ratchet” which lit up the pit once more.