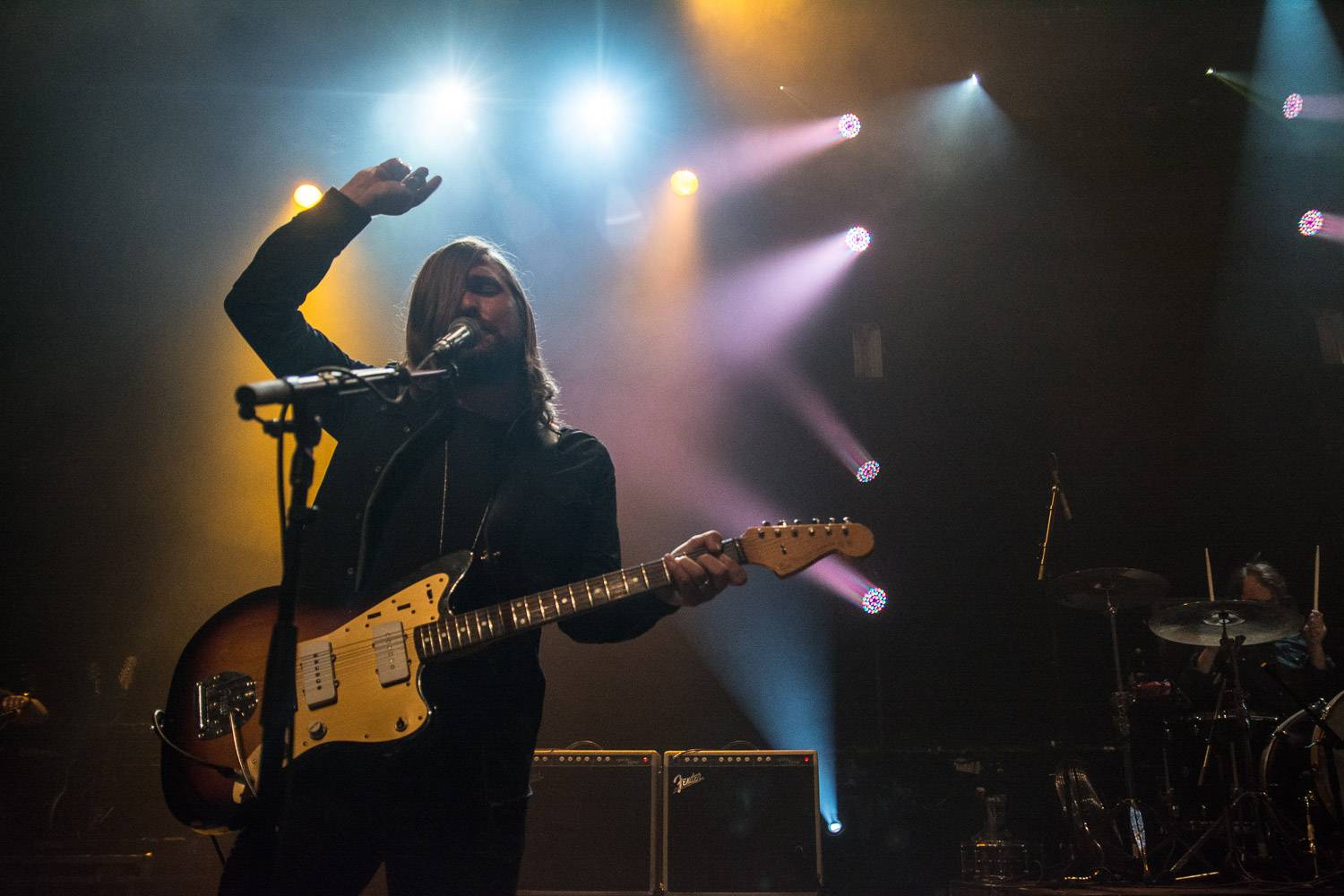 Band of Skulls in Vancouver Friday night. The English band is midway through their North American tour for their latest album, By Default. It’s the Southampton trio’sÂ fourth record since their 2009 debut, Baby Darling Doll Face Honey.

The record was produced by Gil Norton (Pixies, Foo Fighters, Patti Smith). According to a press release, By Default “finds the band – Emma Richardson (bass, vocals), Russell Marsden (guitar, vocals) and Matt Hayward (drums) – following up on their acclaimed 2014 release, Himalayan, by making a conscious decision to take a step back from their relentless world-wide touring schedule, having never spent more than a month off the road in the last two years.”