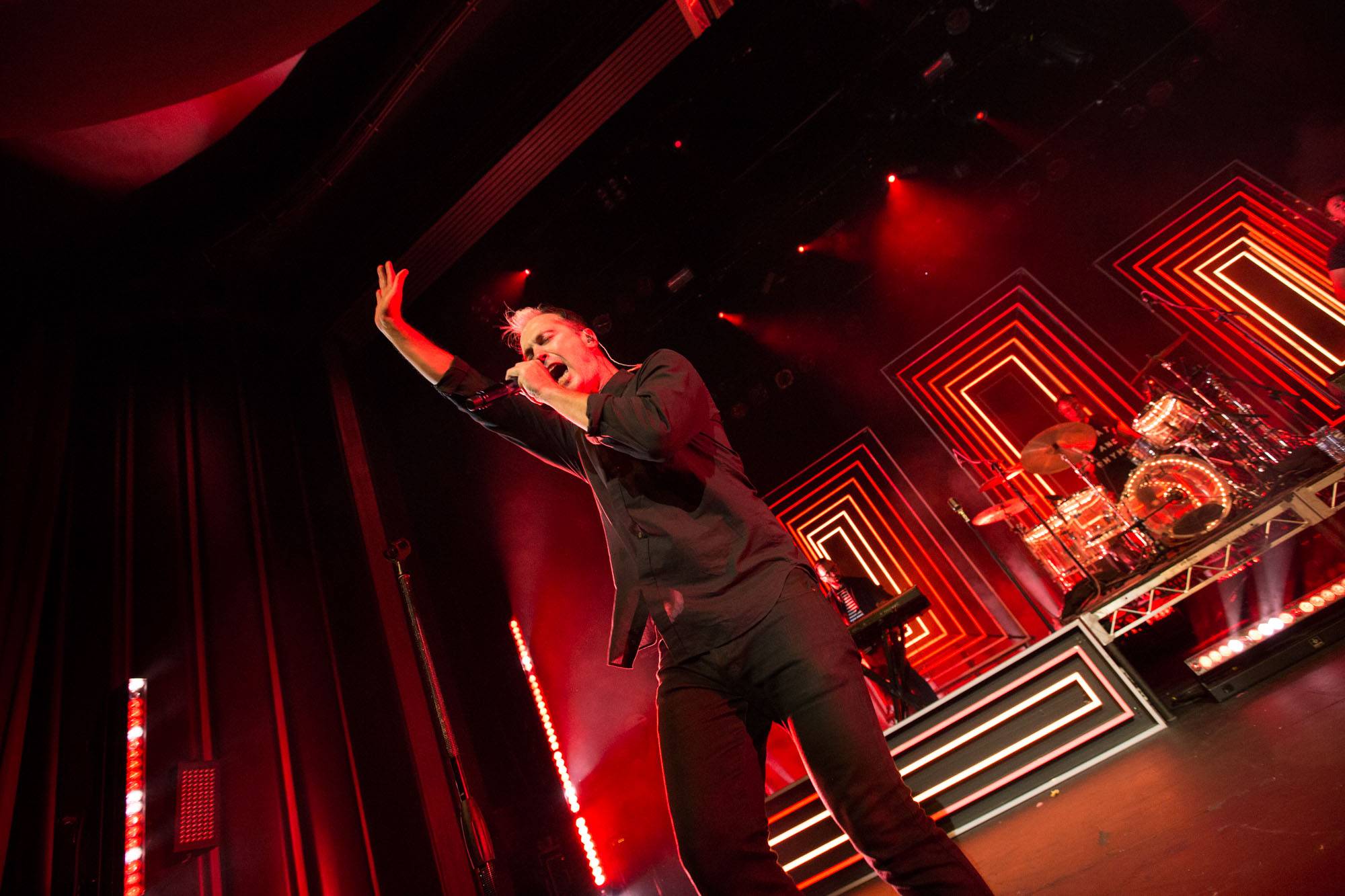 Fitz and the Tantrums at the Vogue Theatre, Vancouver, Aug. 24 2016. Kirk Chantraine photo.

Photos -Â Fitz and the Tantrums at the Vogue Theatre, Vancouver, Aug 24 2016

Fitz and the Tantrums at the Vogue Thursday night.

The band released a self-titled album in June. The first single, “Â“HandClap“,Â” was #1 most added at Alternative radio for three weeks in a row, was in the Top 5 of SpotifyÂ’s US viral chart and is in a FIAT ad.

The new self-titled album is the follow-up to More Than Just a Dream. That 2013 record has racked up over 76 million album streams to date and contains the singles “The Walker” and “Out Of My League”.