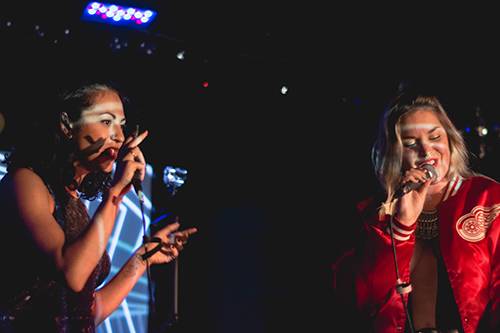 The duo consists of Jenny Lea on vocals and keyboards and Mikey J Blige on “live production” and electric guitar, according to the IMUR Facebook page.

The duo premiered their first music video, which is directed by Kyle James-Patrick. According to a Facebook post, the set will include new songs and supporting slots from Simple Machines and visuals from Laine Butler.