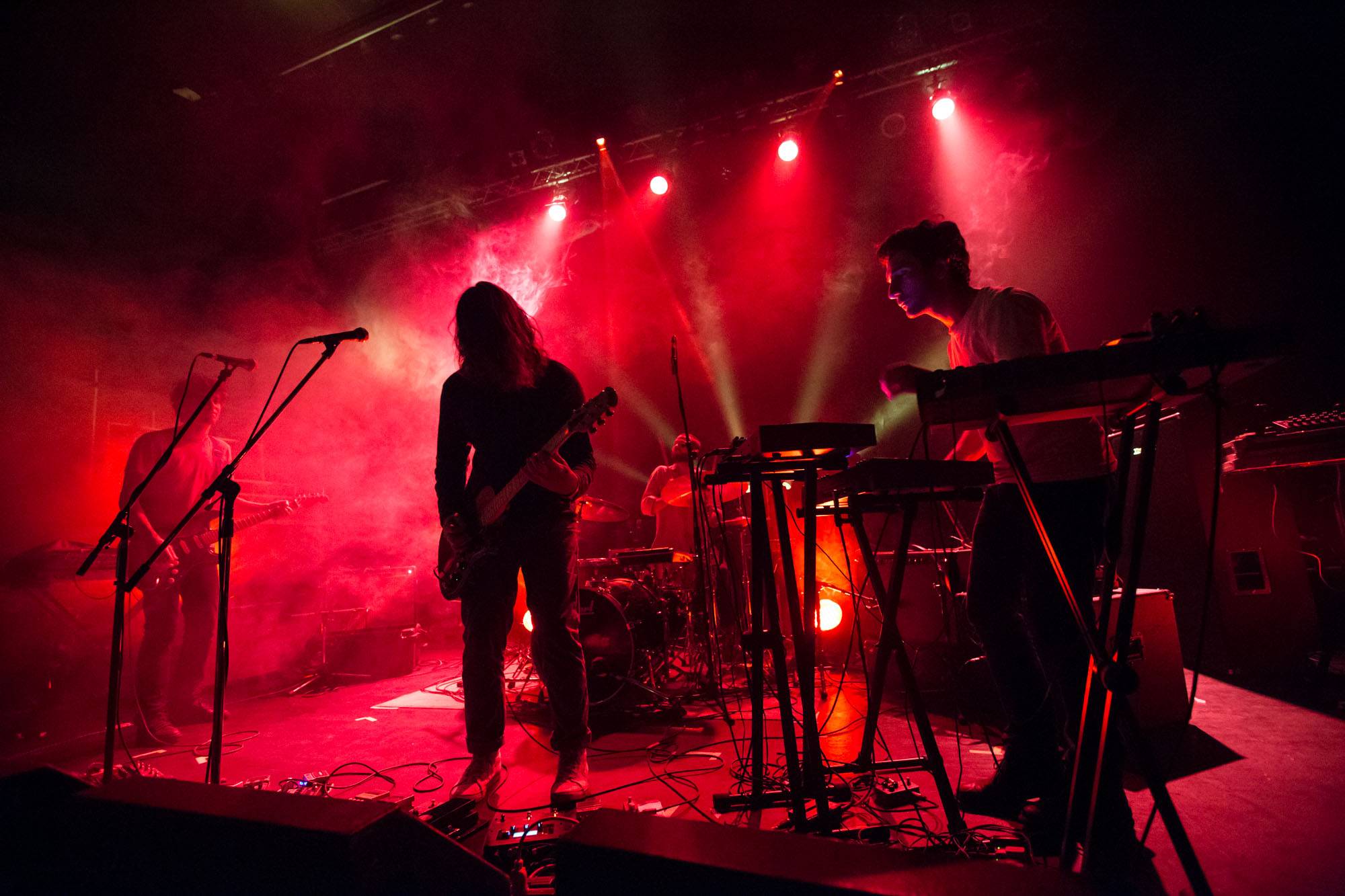 Suuns at the Rickshaw Theatre Friday night as part of Levitation Vancouver,

The Montreal band’s latest album is Hold/Still. The first single is “Brainwash”.

From the press release: “The 11 songs within Hold/Still are simultaneously psychedelic, but austere; sensual, but cold; organic, but electronic; tense sometimes to the brink of mania, but always retaining perfect poise and control. The result is undoubtedly Suuns’ most focused album to date, the sound of a band working in mental lockstep, crafting a guitar music that feels unbeholden to clear traditions or genre brackets.”