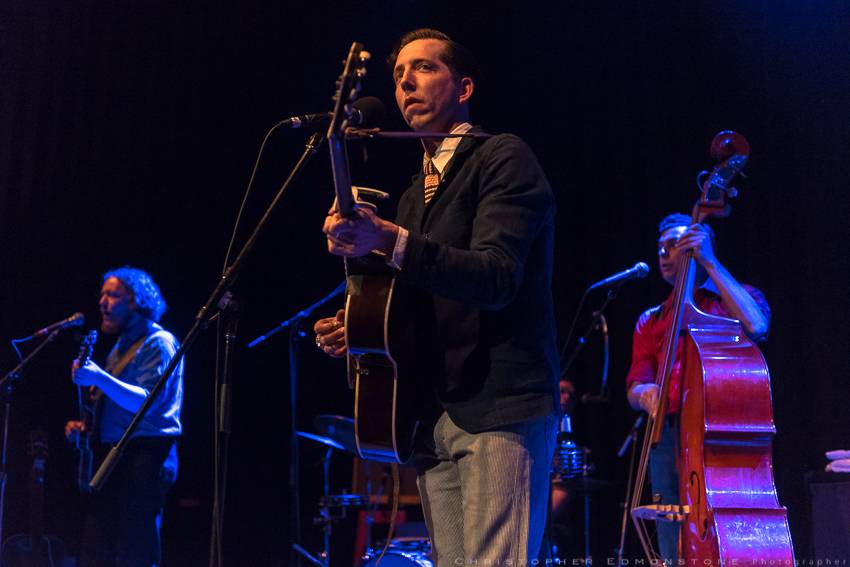 Pokey LaFarge at the Imperial, Vancouver, May 5 2016. Christopher Edmonstone photo.

Photos – Pokey LaFarge at the Imperial, Vancouver, May 5 2016

Pokey LaFarge at the Imperial in Vancouver.

The St. Louis-based singer, songwriter, and multi-instrumentalist’s most recent album is 2015’s Something in the Water.

Longstanding admirer Jack White added LaFarge to the roster of White’s Third Man label for the 2011 EP Chittlin’ Cookin’ Time in Cheatham County (which White produced) and the 2013 album Pokey LaFarge, as well as enlisting Pokey as opening act on the North American tour in support of White’s Blunderbuss album.

Also in 2013, Pokey was featured on the soundtrack of HBO’s Boardwalk Empire, performing the jazz standard “Lovesick Blues” with Vince Giordano‘s Nighthawks. In 2014 LaFarge performedÂ on five continents, including tours in India, Australia and New Zealand as well as extensive roadwork in the United States, Canada, UK, Ireland, and The Netherlands.