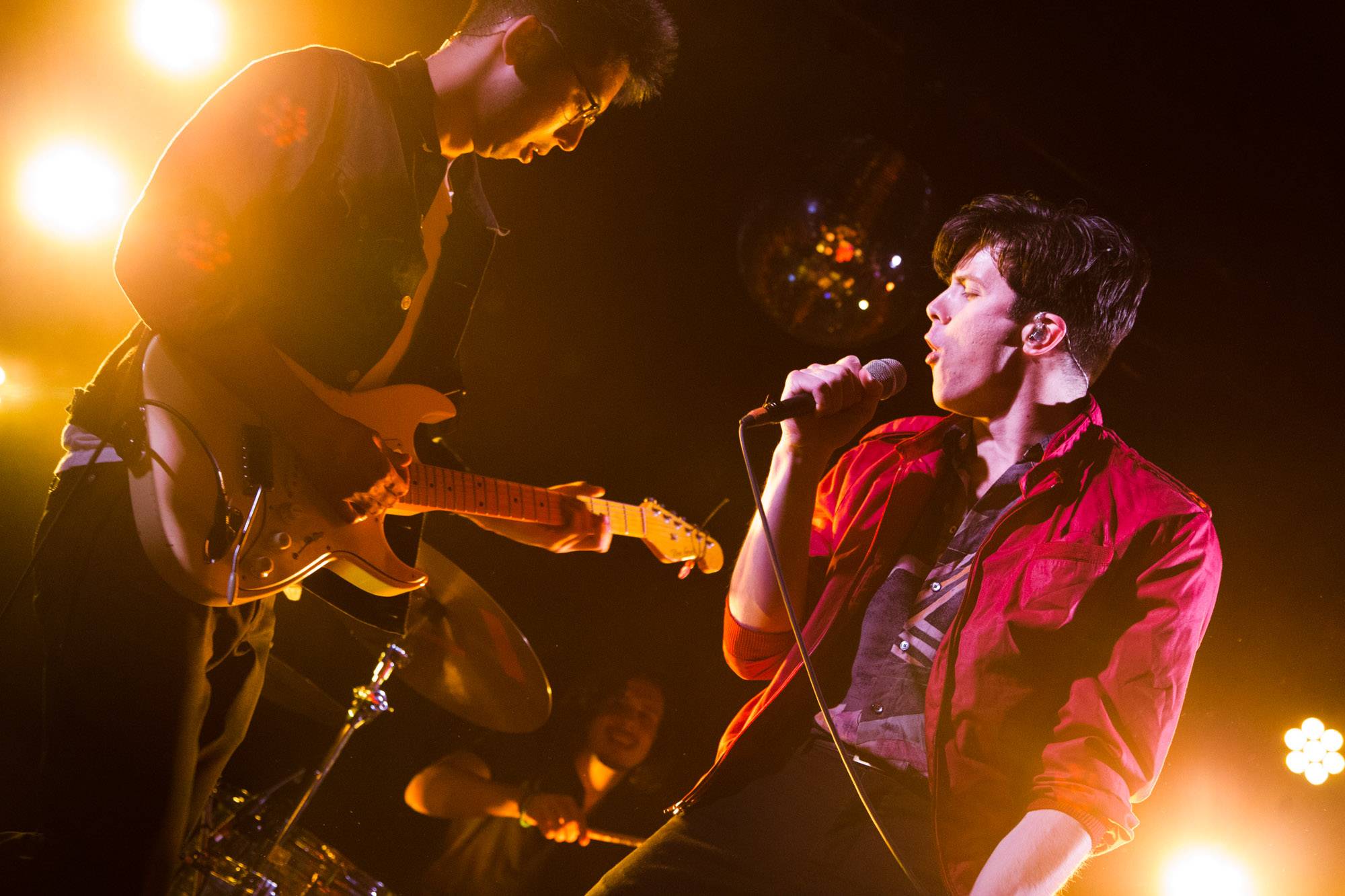 Magic Man at the Imperial, Vancouver, May 3 2016. Kirk Chantraine photo.

Magic Man on the Hotline Spring Tour in Vancouver at the Imperial. The tour also includes The Griswolds and Panama Wedding.

They released the EP You Are Here in September 2013, followed by their first major full-length release, Before the Waves, on July 8, 2014. On July 10, 2015, Magic Man announced the departure of Goodman, Bowe, and Sulkowski, returning to their original two-piece lineup as they begin the writing process of their third studio album.