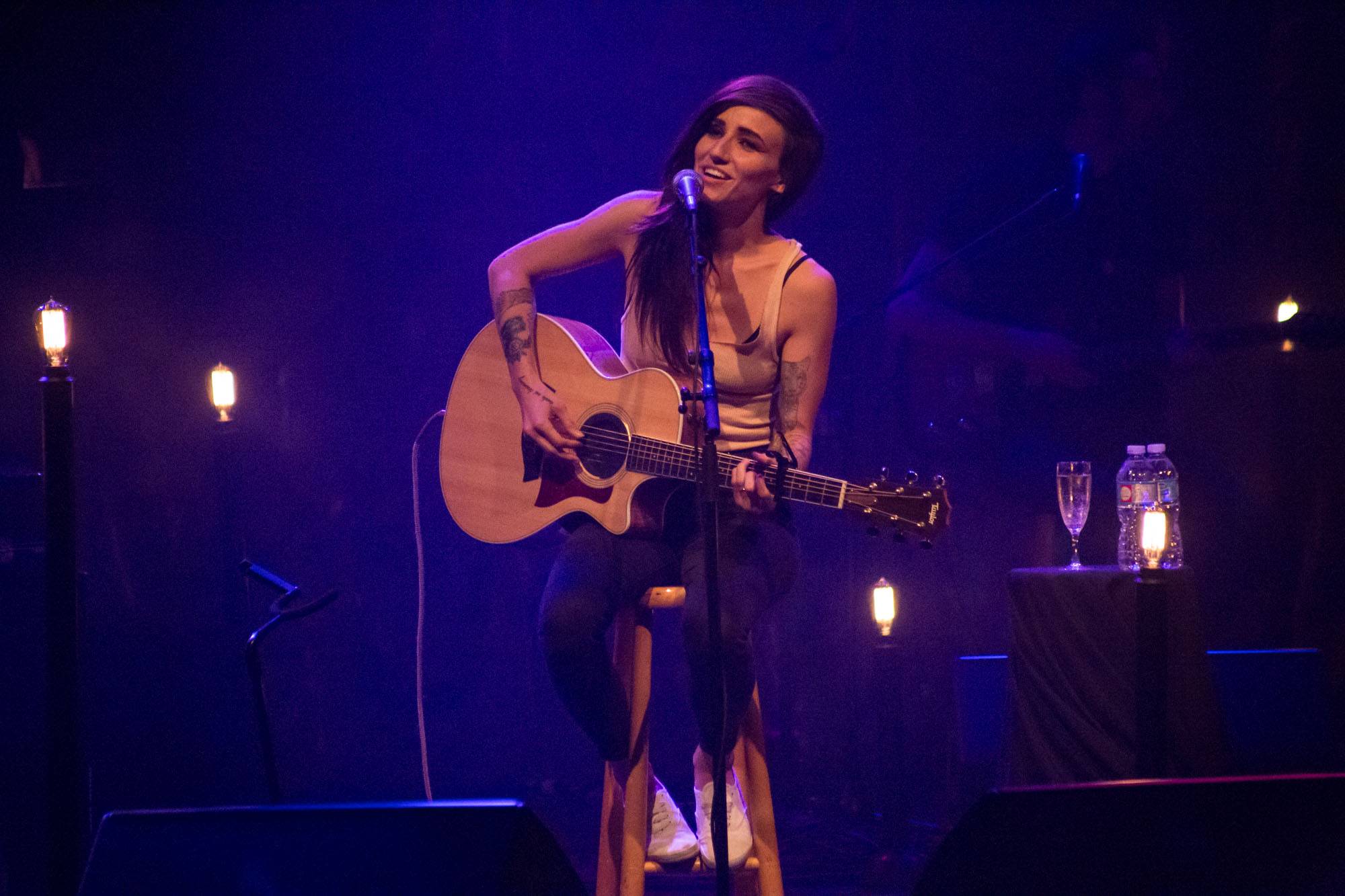 Lights at the Vogue Theatre, Vancouver, May 14 2016. Kirk Chantraine photo.

Lights in Vancouver on Saturday night. The Toronto-based singer/songwriter is on an acoustic tour. Her most recent album is Midnight Machines. The album is comprised of six acoustic songs from her 2014 album Little Machines, plus two new songs: “Follow You Down” and “Head Cold”. The lead single is an acoustic version of her song “Meteorites“.

According to a Wikipedia entry on the singer, she is married to Beau Bokan, the lead vocalist of the band Blessthefall. Their first child Rocket Wild Bokan was born in 2014. That year, they the family moved to Vancouver.