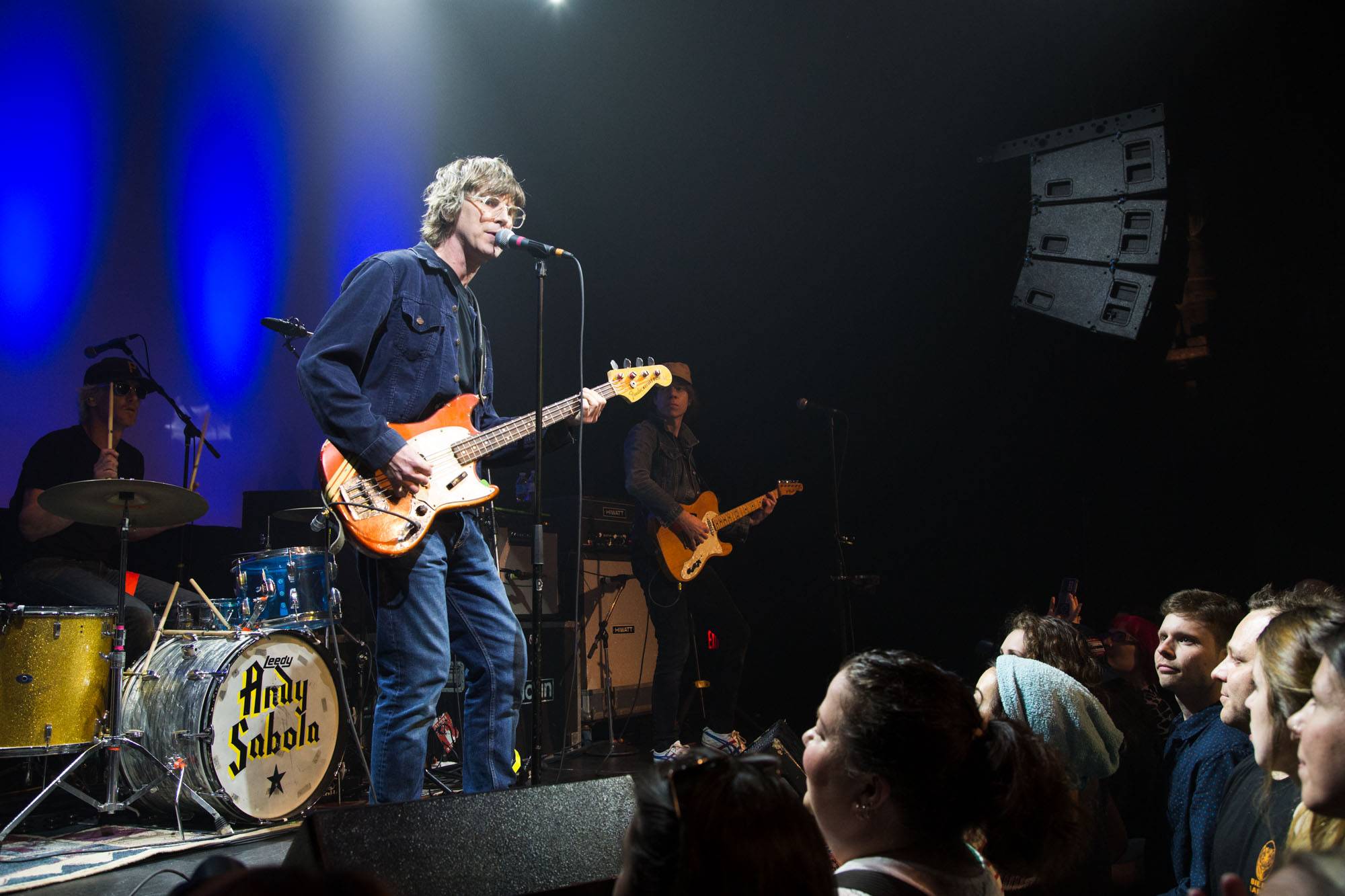 Sloan in Vancouver Wednesday night. The Halifax band is celebrating the 20th anniversary of its album One Chord to Another by performing the 1996 record in full.

In an interview with CBC Radio West, guitarist/vocalist Jay Ferguson was asked: “What does it feel like to be playing this throwback?”

He said, “It feels great! If I had to choose a favourite record from our catalogue, it’s definitely this record. Just seeing the looks on people’s faces who maybe haven’t seen us since this record came out 20 years ago, but they’re just so excited and they just have such looks of joy on their faces. And if we’re touching a chord, pardon the pun, of nostalgia for anybody, that’s awesome.”