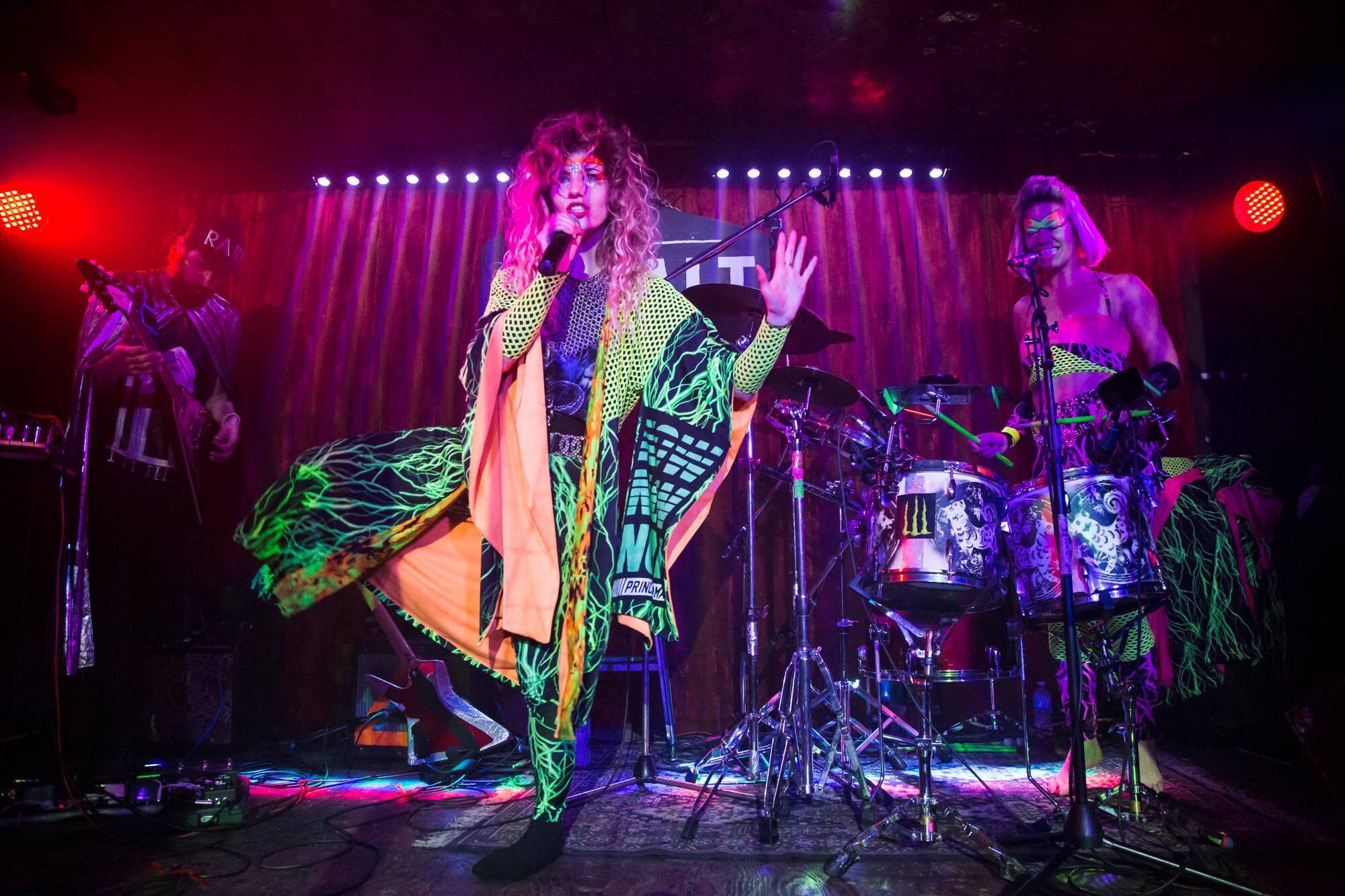 According to another media release, “Writing for Xtreme Now began while the Larson sisters were living on a black metal utopian commune on VÈ«rmsi, a remote island off the coast of Estonia during the summer of 2012. There, Taraka had a near death experience inside an ancient Viking ruin which sparked a recurring sense of time-schizophrenia, or the physical sensation of existing in multiple time periods simultaneously. In this case, she experienced a joint-existence in both the medieval ages and the year 2067. In one of her prophetic visions she describes, ‘In the year 2067, I witnessed an aesthetic landscape where art museums are sponsored by energy drink beverages and beauty is determined by speed. I saw a vision of ancient tapestries stretched across half-pipes and people base-jumping off planes with the Mona Lisa smiling up from their parachutes. I saw art merge with extreme sports to form a new aesthetic language of “Speed Art.” I realized that time travel was possible via the gateway of extreme sports, and I wanted to make music that would provide the score.'”