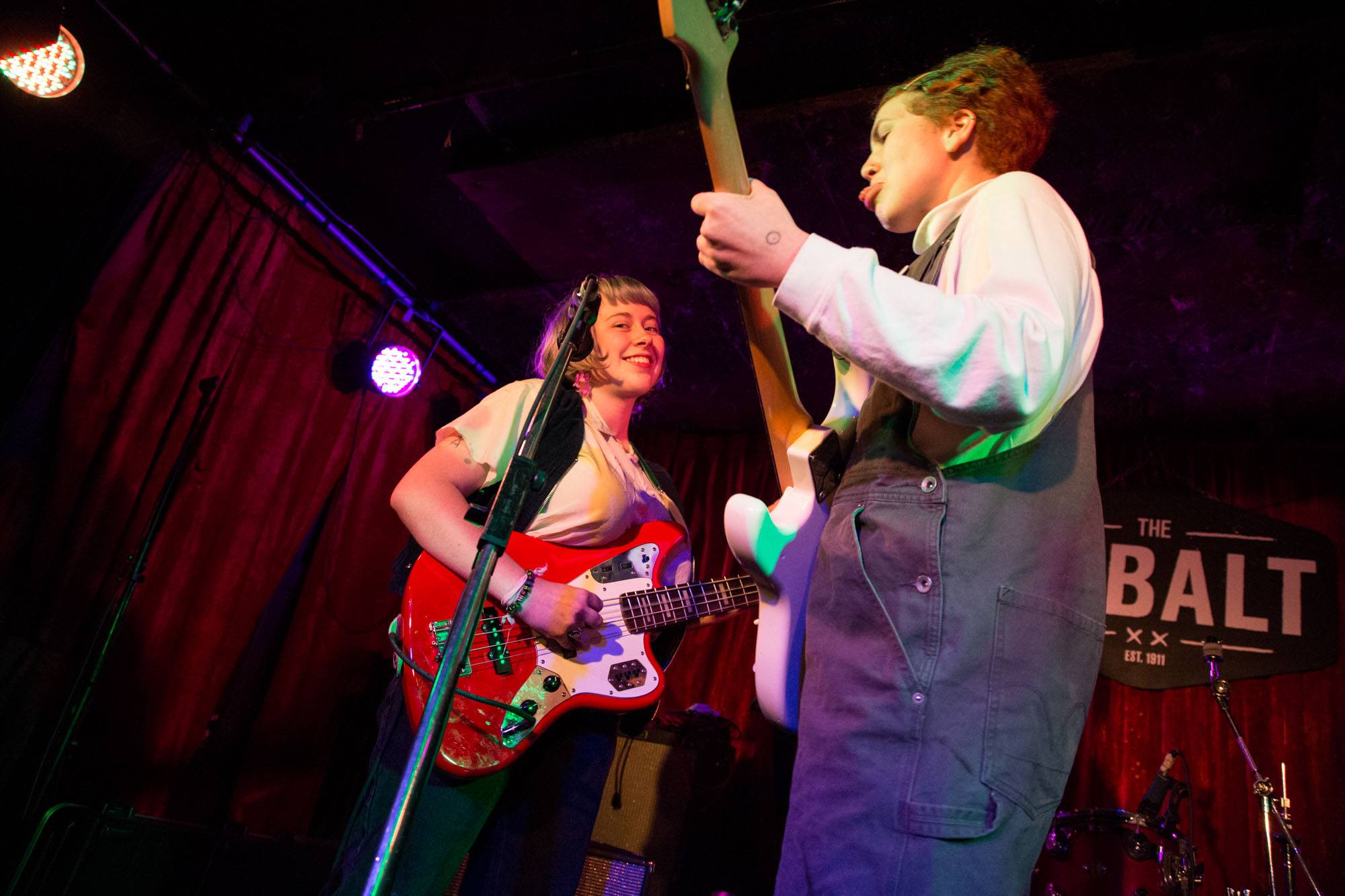 Girlpool at the Cobalt in Vancouver Tuesday night, opening for Joyce Manor.

The band is comprised of L.A.-born-and-raised Cleo Tucker (guitar) and Harmony Tividad (bass).

Girlpool relocated to Philadelphia in 2014, after releasing a self-titled EP. There, they recorded their debut LP, Before The World Was Big. According to a media release, “Before The World Was Big explores the concepts of growth, friendship, and the interaction between identity and environment. The introspective-punk duo captures growing pains and existential quandaries with a honest and true intention.”