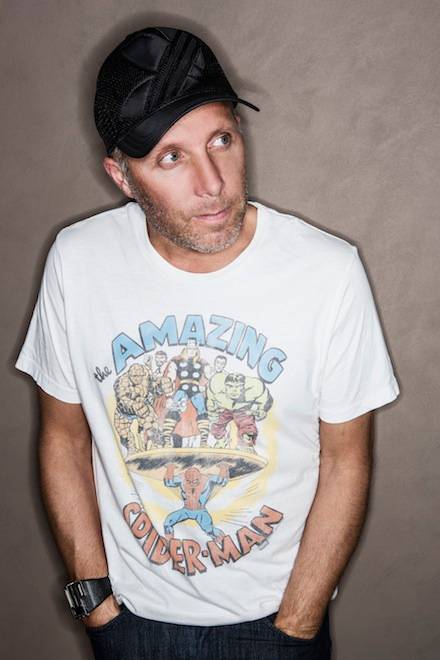 For more than 20 years,Â Krafty KutsÂ (aka Martin Reeves) has been contributing to the world-wide electronic music scene.

He dipped his toe in the pool by managing his own record store in Brighton, UK. He went on to master the art of cutting, scratching, sampling and mixing while producing his own legendary breakbeat tracks like “Tricka Technology” (created with long time pal A. Skillz)Â and “Gimme the Funk (Southern Fried)”.

Both Vancouver and Victoria are excited to welcome the producerÂ backÂ for some end-of-the-summer rowdiness Aug. 29 and Sept. 6, respectively.

Twisted ProductionsÂ will be the first to host Krafty Kuts in Vancouver on The Queen of Diamonds for a very special Yacht PartyÂ from 6:30 p.m.-10 p.m. The night will start with music from Twisted residents Kraig and Precise during a light dinner, then move on to some classic Krafty tunes mixed with hip hop, future funk and breakbeats.

Then, on Sunday, Sept 6,Â Krafty Kuts will layÂ down what he says will be “the best set of the tour” in Victoria at Distrikt NightclubÂ for the Labour day Long Weekend Party. DJ Generic willÂ open with anÂ eclectic mix of breaks, drum & bass, glitch, trap and dubstep beforeÂ Krafty Kuts takesÂ over with what he says will be “the strongest set I’ll have, with the best forms of music put together to create, hopefully, the ultimate set for people to go off to.”

I’d prefer to live in Canada -Â the music scene for me is more my bag than in England, where it is all deep house and drum and bass and that’s it. I love drum and bass but I don’t want to go to a drum and bass show every night.

The breaks scene used to be huge in the UKÂ -Â Fabric was one of the biggest clubs pushing that sound, and it’s definitely coming back again and hopefully here to stay but it is taking its time to wissle its way through.

KK: There areÂ quite a few. Edmonton has a crazy kind of real knowledgeable bass scene. They bring in a lot of underground DJs, and it has a good underground scene.

KK: Canada’s where it’s at now. – Keys N Krates, Skratch Bastid,Â The Gaff, A-Track, Grand Theft Â – OMG, they are so good. Matt the Alien. Canada’s full of some of the best DJs in the world. I could go on.

I’m lucky to have had fantastic shows in Victoria. Victoria has an abundance of great DJs and hopefully the Funk hunters will be back in town. I’ve had many memorable nights in VictoriaÂ -Â they certainly know how to party. Hopefully we will get everyone out of the woodwork on Sunday and rage. It’s the end of the tour so I want to go out on a high.