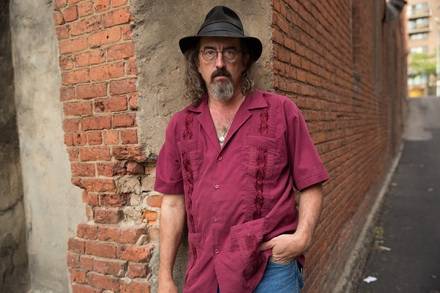 James McMurtry released his debut album, Too Long in the Wasteland, in 1989. His latest, Complicated Game, is his first album of new material since the release of Just Us Kids in 2008. In between, a number of other records helped cement McMurtry as a lyrically adeptÂ singer/songwriter in the roots/Americana mould, neither qualityÂ aÂ surprise as his father is author Larry McMurtry (author of the classic modern WesternÂ novelÂ Lonesome Dove, among countless otherÂ books).

McMurtry plays the Biltmore Cabaret tonight (Friday, June 5). I reachedÂ the sleepy-sounding musicianÂ the morningÂ before, at a hotel in Missoula, Montana, just before he left for a show with his band in Spokane. 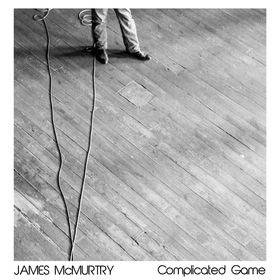 JM: I do not know. He got that nameÂ when he lived in Baton Rouge. And I think there’s another Cornbread, who’s also a bass player. But this is the original Cornbread.

JM: I think somebody had just turned me onto John Hiatt. [John] Mellencamp’s Lonesome Jubilee record was pretty big then. He produced Wasteland. I also remember, I played Vancouver, as an acoustic duo. I’d been out with the band for about three months,Â and then the Indigo GirlsÂ needed someone to open for them, and they didn’t want the full band, soÂ I had to let the rhythm section goÂ and just went out with another guitarist. I don’t remember the venue, but coming back from Vancouver that night, we had this road manager from New Zealand who wasn’t supposed to be in the States and he got caught at the border and had to go back to Canada.

JM: Oh yeah. It’s always coming back that is theÂ hard one. It can be slow getting into Canada, but coming back you really have to mind your p’s and q’s, you’ve got to have your cash counted to the penny. Especially now with Homeland Security, they get all over you. Twice I’ve been hassledÂ over there below Emerson, Ontario.Â There’s not even a town on the U.S. side and there’s not much traffic, so they have plenty of time to mess with you and they don’t mind doing it.

SC: Has the idea of border hassles everÂ stopped you from coming up to Canada?

JM: Probably. I might’ve skipped Vancouver, except thatÂ I’d have a Friday off, and I don’t like to do that. We tend to tour east of the Rockies, most of our Canadian tours are Calgary, Edmonton and Saskatoon and Winnipeg, and sometimes we’ll do Toronto.Â The best way to get from Burlington, Vermont to Detroit is to go back intoÂ Ontario.

JM: We were touring. Most of our money comes from the road now, so we don’tÂ stop touring.Â The draw held up pretty well even without a record. It used to be we’d tour to support recordÂ sales and promote them. NowÂ Â we make recordsÂ to promote tour dates,Â so you guys’ll write about us and people will know we’re coming to town, and they’ll come to the clubs. Finally it started to fall off a couple of years ago so it was time to write some songs and make a record.

JM: It’s always been fiction. I’m a fiction writer. I get a couple of lines and a melody, I hear it in my head and I think, “Who said that?”Â Then I try to come up with a character who might have said those lines, and from the character IÂ can get a story. And if it’s cool enough to keep me up at night, I can get a song. Otherwise I throw it on the scrap pile.

JM: I don’t know. BecauseÂ my father’s household, the household that he grew up in, weren’t the least bit literary,Â they could read but they readÂ for information. Their storytelling was oral, there were the last of the oral tradition. Then had radio but they wereÂ in the habit of sitting out on the porch telling stories for a couple of hours after supper, before they had to turn in.Â They were ranching people. That’s the way that it was forever and ever, people told stories. We’ve kind of forgotten that.

The storytelling comes from the oral tradition more than the literary tradition. I don’t read much. I’m not a reader.Â I might read a book a year, maybe. Sometimes I skip a year.

JM: Well, I never had anything to do with that bookstore except to haul books.Â Books to me were like cows to him – he grew up on a ranch and he hated cows and horses, won’t go anywhere near them.