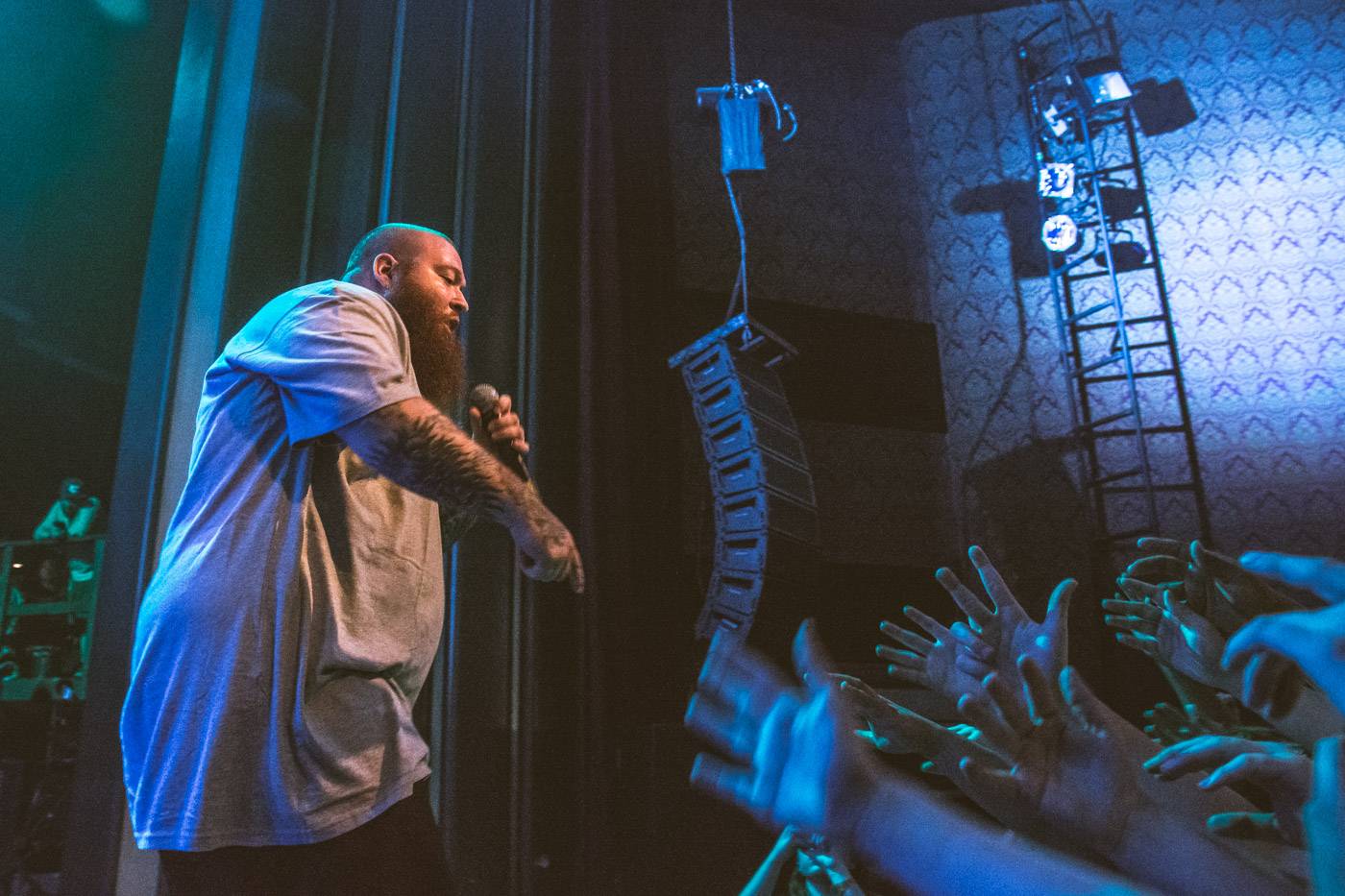 Review and photos – Action Bronson at the Vogue Theatre, Vancouver, May 21 2015

There is a single driving force in Action Bronson‘s life, and that is food.

The Queens, NYC rapper, born Ariyan Arslani,Â has dedicated himself to the pursuit of culinary delights far and wide. Before becoming a full time MC, Bronson was a gourmet chef for many years until an accident in the kitchen left him with a broken leg. Writing rhymes was just a hobby, but he started to focus exclusively on his raps during the recovery and has never looked back.

He shot to fame on the strength of his excellent 2012 mixtape Party Supplies, and was quickly signed to Vice Records. True to form, many of his songs are about food, and he also has a hilarious (and informative!) web series called Fuck, That’s Delicious. If you’ve never seen pictures of the man, know that he is big. Its almost as if he needs his big body to house his larger-than-life personality. Bronson is well aware of this too, frequently referencing his large frame with funny lines like “Why the fuck would I have a bodyguard/If I look just like the bodyguard?” 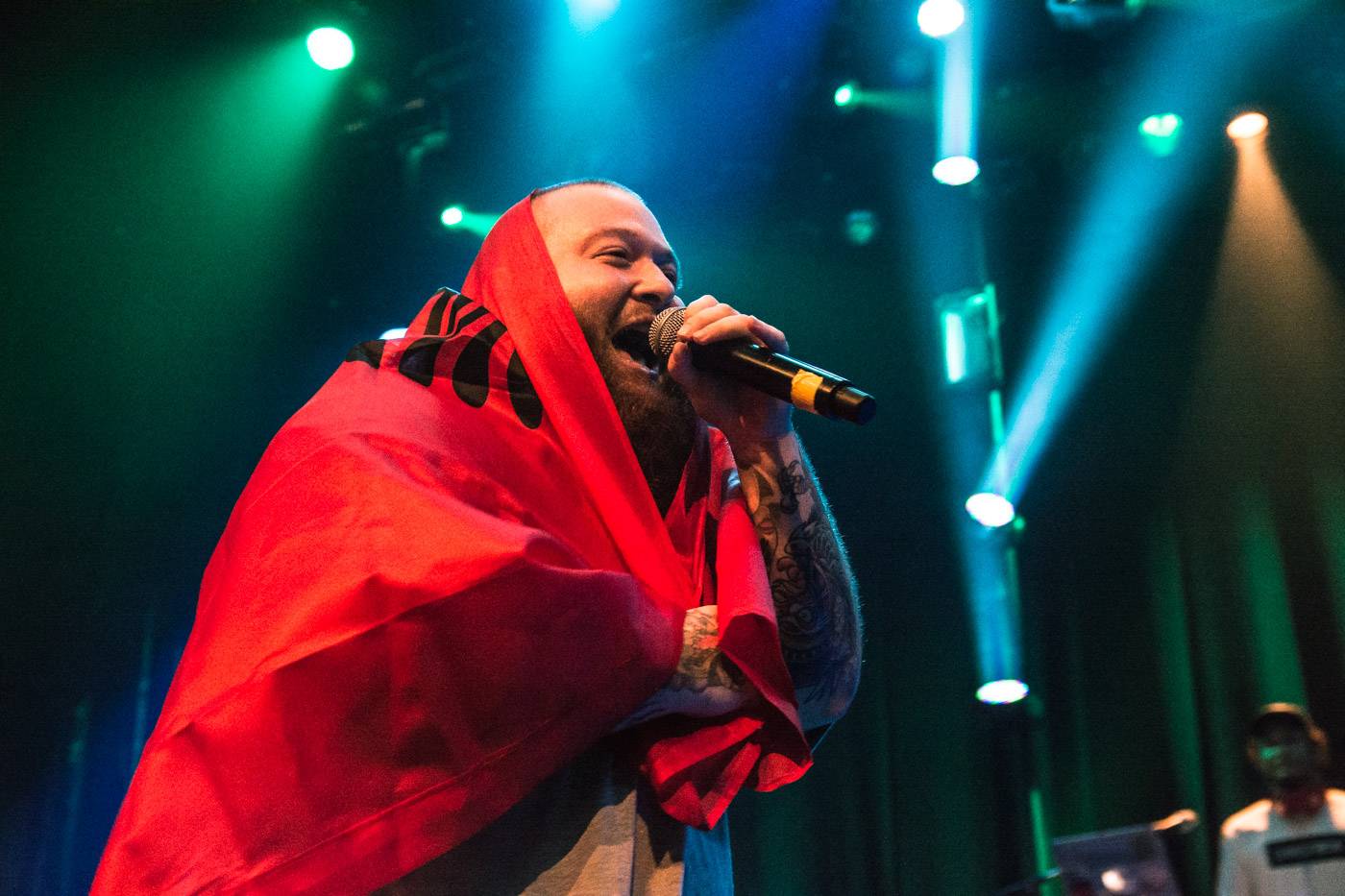 Bronson cites Kool G Rap as his main inspiration, although to me he is much closer to The Wu-Tang Clan, especially Ghostface Killah. The Ghostface comparison is no joke either – Ghostface himself has said that he sometimes cannot tell the difference between himself and Bronson.

Bronson’s debut album Mr. Wonderful dropped in March, and cemented his status as a big name rapper. The production harkens back to ’90s-era East Coast rap, when gritty beats and dusty soul samples were all the rage, except that instead of sampling records Bronson gets a little help from Mark Ronson. The times, they sure have changed.

ThursdayÂ night, BronsonÂ rolled intoÂ Vancouver for a sold-out show at the Vogue Theatre. The crowd had nothing but love for the MC, chanting his name loudly before he came on stage. His set was sequenced perfectly, with hard hitters like “The Don’s Cheek” interspersed with party jams like “Brand New Car”.

There were a lot of hardcore Bronson fans in attendance. More than once I could barely hear the MC because everyone around me was shouting along word for word. It’s a testament to his showmanship that he kept everyone moving and smiling – it’s not easy to keep a crowd rapt, especially in Vancouver where punters can occasionally be fickle. The show felt like it was over so quickly, and not even the Skytrain disruption could dampen my spirits as I slowly made my way home. 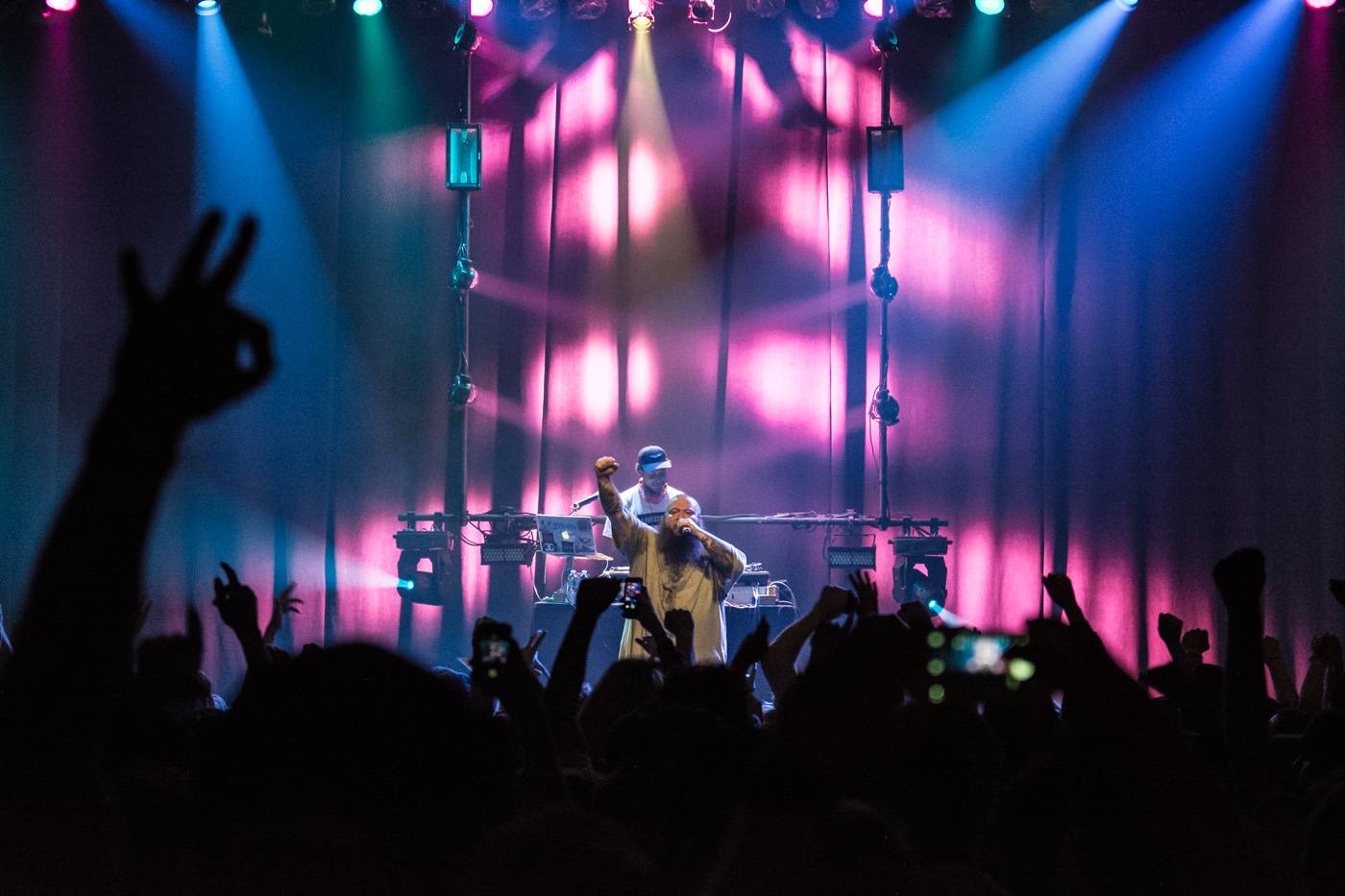 Supporting Bronson on this tour is Meyhem Lauren, another New York rapper, and occasional Bronson collaborator. On wax, Meyhem comes off as a competent but ultimately conventional MC. He certainly has chops, but nothing really stands out.

On stage, however, his energy and flows shone much brighter and it was a pleasure to see Meyhem and Bronson tear it up on “Jackson Travolta”.