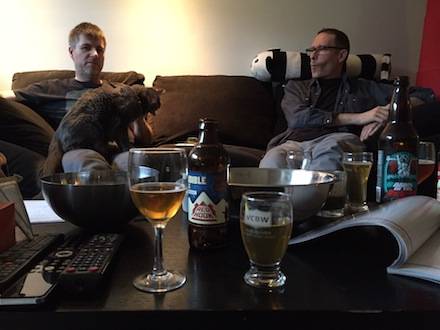 Boozing it up – Redhook

Redhook is one of the most recognizable beer labels out of the Pacific Northwest. One reason is that it’s also one of the oldest – the breweryÂ was foundedÂ in Seattle (Ballard, to be exact)Â in the early ’80s.

So when we were approached by Beerthirst, a Vancouver-basedÂ agency that represents a number of craft breweries, about trying some samples, we said sure.

The occasion is the release of three of Redhook Brewing Company’sÂ beersÂ inÂ B.C. and Alberta. (Until the end of this month, March, Redhook is also offering B.C. and Alberta beer drinkersÂ a chance to win a Redhook beer fridge at participating outlets.)

Though headquartered in Seattle, Redhook’s breweries are located in Woodinville, Washington and Portsmouth, New Hampshire. According to Wikipedia, the brewery is part of an organization calling itself the Craft Brew Alliance. Anheuser-Busch InBev has a 32Â per centÂ interest in the Alliance, according to the same entry. 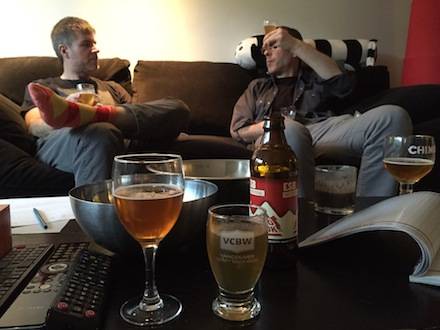 Accompanying publicity materials state that “Redhook is the OG of craft beer, brewing balanced and sessionable beers with more flavors and aromas than super-premium import and domestic beers. Redhook drinkers are able to enjoy the simple pleasure of craft beer, without having to study or contemplate. Redhook is intended to be enjoyed amongst friends, not intellectualized. 2015 is the year of the sessionable craft beer.”

What we take that to mean is that these beers aren’t going to set the craft beer on fire with new and exciting flavours, nor are they meant to.Â We found this to be the case;Â none of the three beers that we sampledÂ seem likely to be the first ones reached for by exacting craft beer nerds. However, all three tasted like solid, entry-level beers for people who might be taking baby steps inÂ a craft-beer adventure.

The Long Hammer IPA, for instance, is an IPA for people who swear they don’t like IPAs. “It’s not bitter. The hops are there, but not in your face. It’s a more traditional use of hops,” Snipe beer-taster John W. declared. 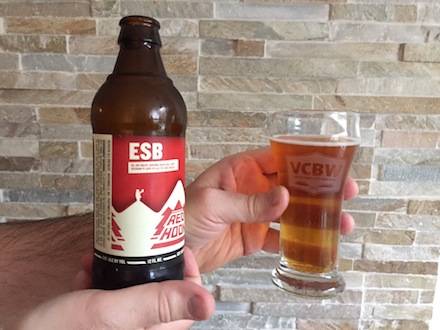 Just for comparison’s sake, we popped open a bottle of Molson Canadian that had been sitting dormant in the fridge for months. How would this standby of Canuck hockey fans – a beer, perhaps, Dan Patrick might appreciate – hold up after months of steady craft beer drinking, and next to the Redhook? Probably to no one’s surprise, the Molson tasted like moose piss. And the Redhook beers tasted like liquid ambrosia.