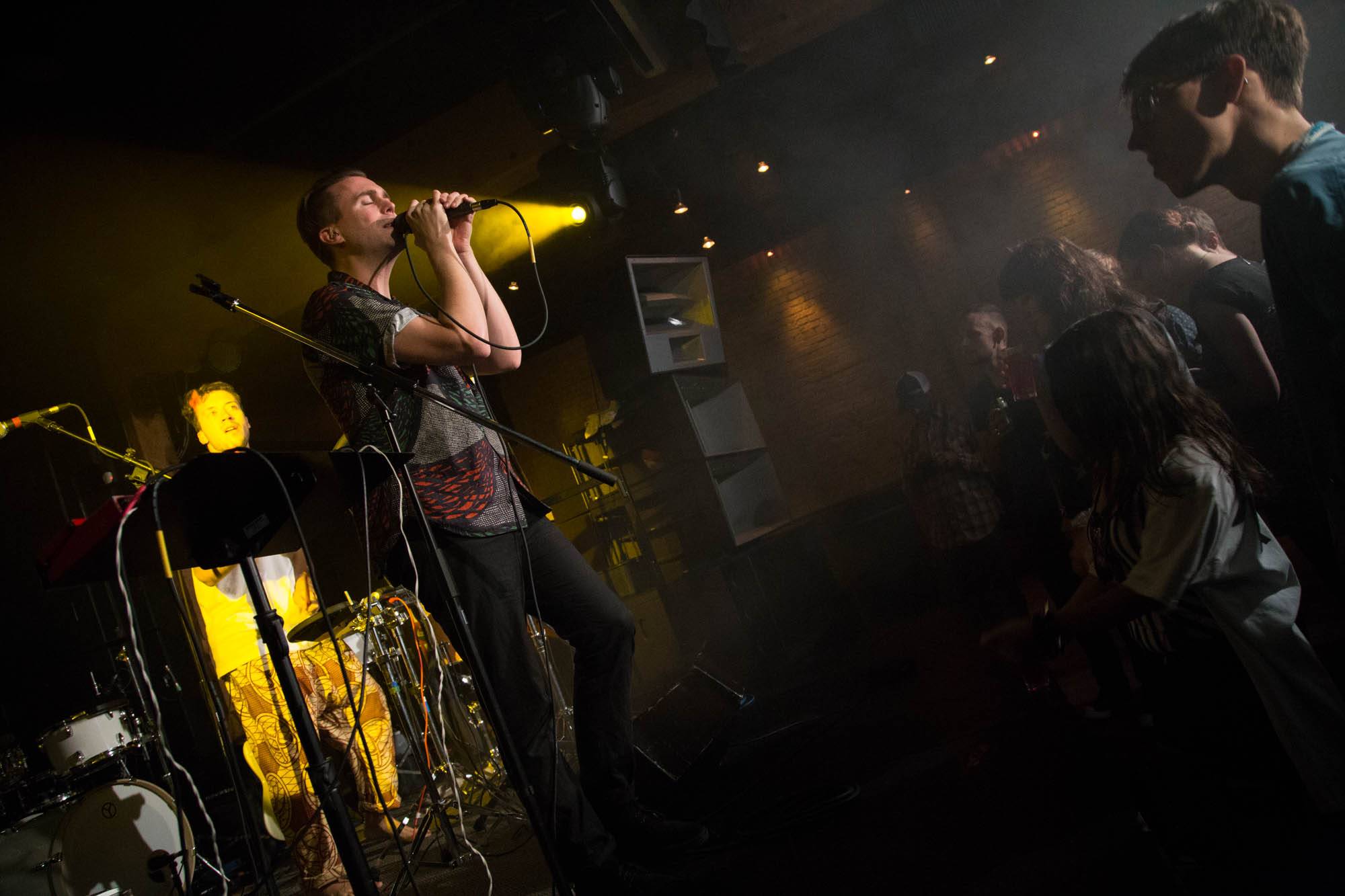 The group is originally from San Francisco and now based in Brooklyn, according to Wikipedia. They are described as “an alternative dance band… [whose] music consists of an eccentric amalgam of electronic, world, and rock music influences, ranging from dubstep to Caribbean.” Their latest album is Minus Tide.

The band formed in 2005 and is comprisedÂ of vocalist Callan Clendenin, bassist Ben Steidel, and drummer Alex Pasternak. Delorean, Gold Panda, and Twin Shadow are among the acts who have remixed some of their songs.