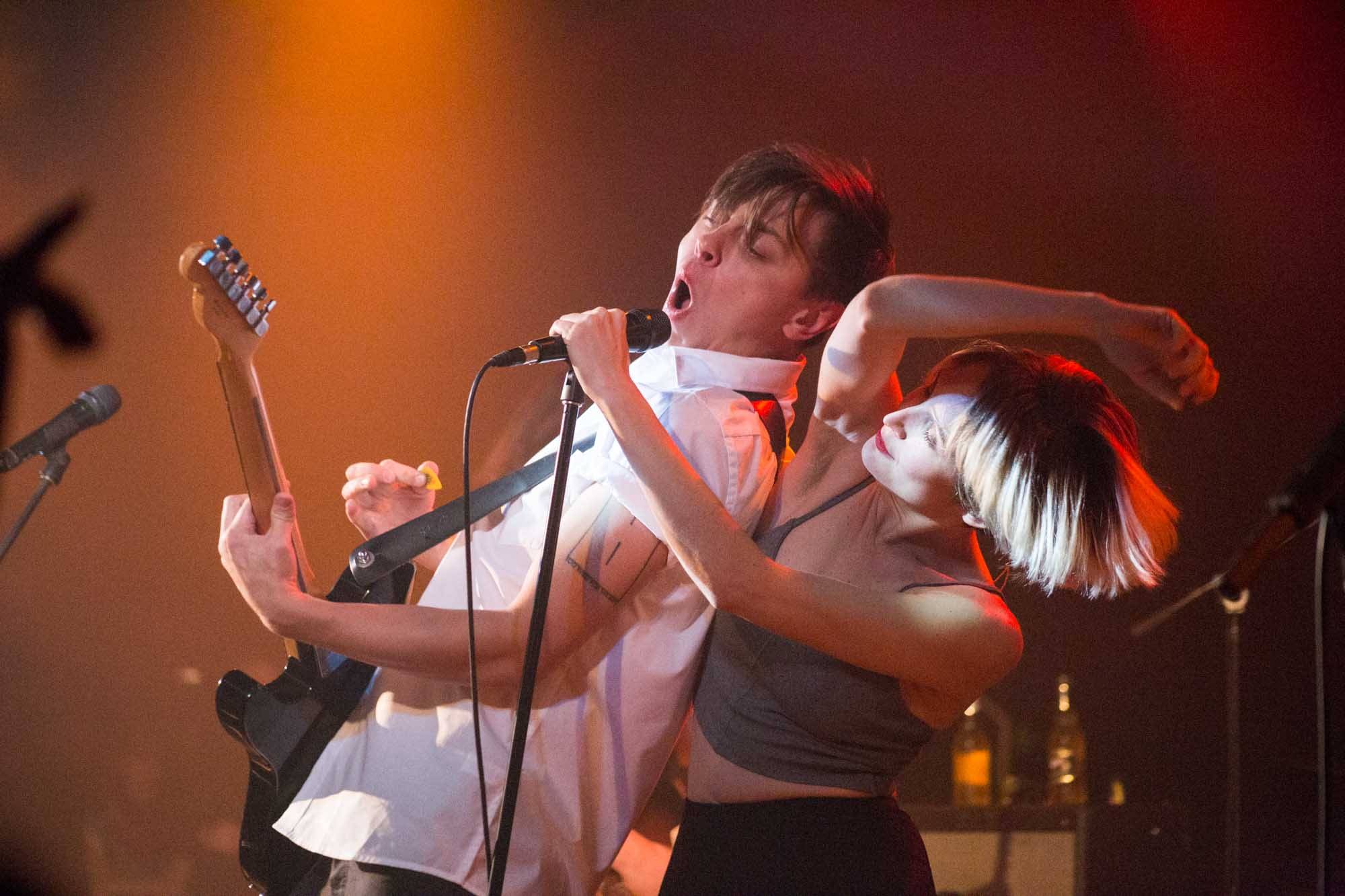 Another July Talk show, another great set of pics of the Toronto band.

Of the show, photog Kirk Chantraine writes: “As you’d imagine – amazingly good performance, so much crowd interaction, they prompted the crowd to sing ‘Oh Canada’ (and it went through to completion). Finished with guitarist Ian Docherty crowd surfing!”

The group opened for Rural Alberta Advantage at the Commodore in Vancouver Friday night. Peter Dreimanis and Leah Fay formed the band in 2012 with Docherty, bassist Josh Warburton and drummer Danny Miles. They released their debut full-length in 2013. Last month they released a three-song EP entitled For Your Bloodshot Eyes. It includes the songs “Gentleman”, “Blood + Honey” and “Uninvited”.

One response to “July Talk at the Commodore Ballroom”