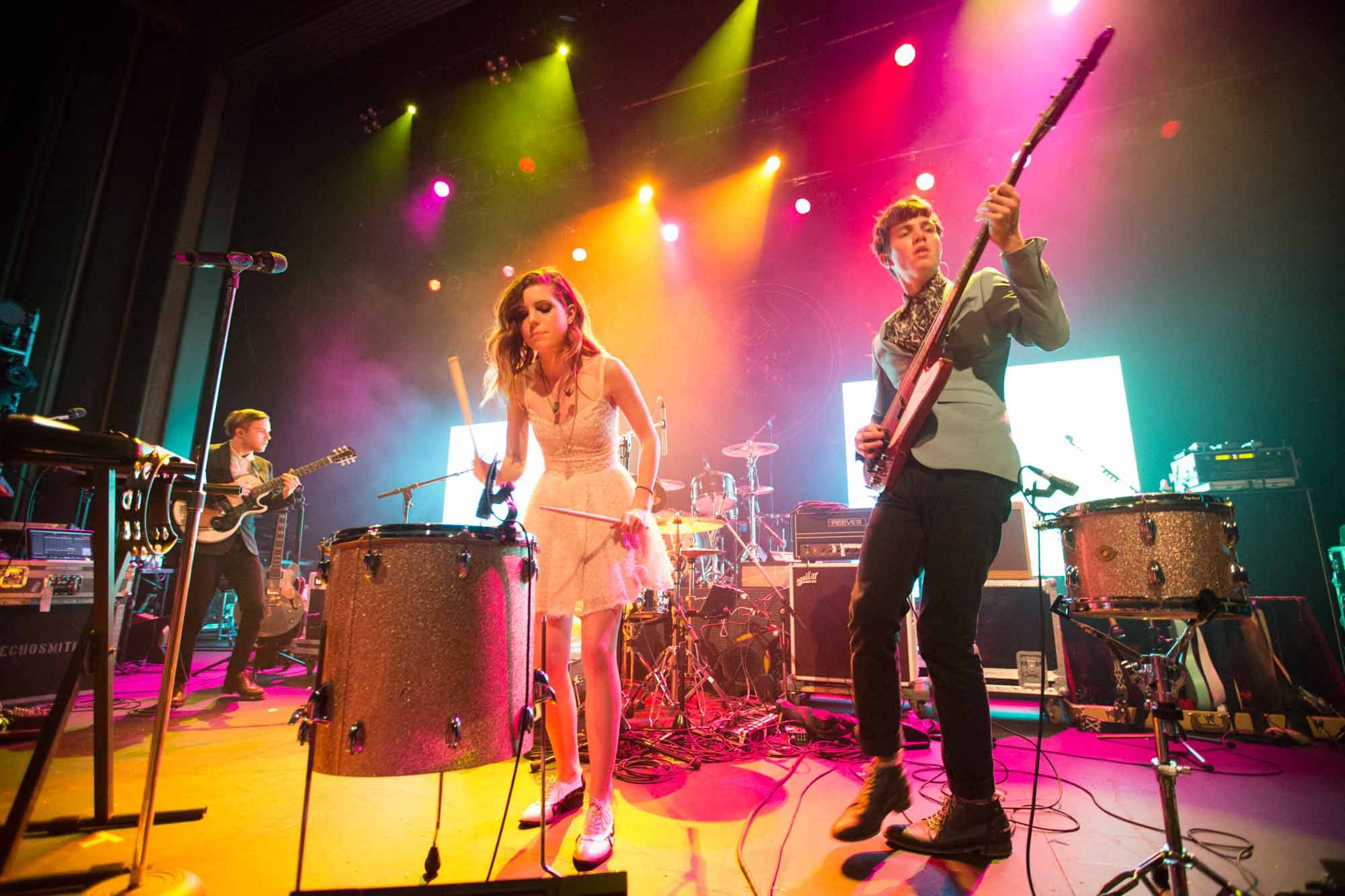 “Wonderful singer and they were super lively on stage,” writes photog Kirk Chantraine. “Jamming with each other etc.”

That singer is Sydney Sierota, who formed the band with her siblingsÂ Jamie (vocals/guitar), Noah (vocals/bass), and Graham (drums), in 2009.Â The LA-based foursome is touring in support of their debut album Talking Dreams, which features the song “Cool Kids”. The song hit #1 in the iTunes Alternative Chart, while the video has surpassed two million views on YouTube. MTV has named Echosmith an “Artist to Watch” for the year, and the band also recently made their late night debut performing “Cool Kids” on Conan.

Entertainment Weekly declared them “ready to break out” following their performance at SXSW, Seventeen has lauded lead singer Sydney’s “stunning voice,” and Perez Hilton recently featured the band as a must-listen.

EvenÂ NylonÂ jumped on the bandwagon, with the declaration that “HAIM might be front and center in terms of the whole ‘family band’ category, but these sisters better watch out because there’s another crew of California siblings about to take over.”

More photos of Echosmith at the Vogue Theatre: