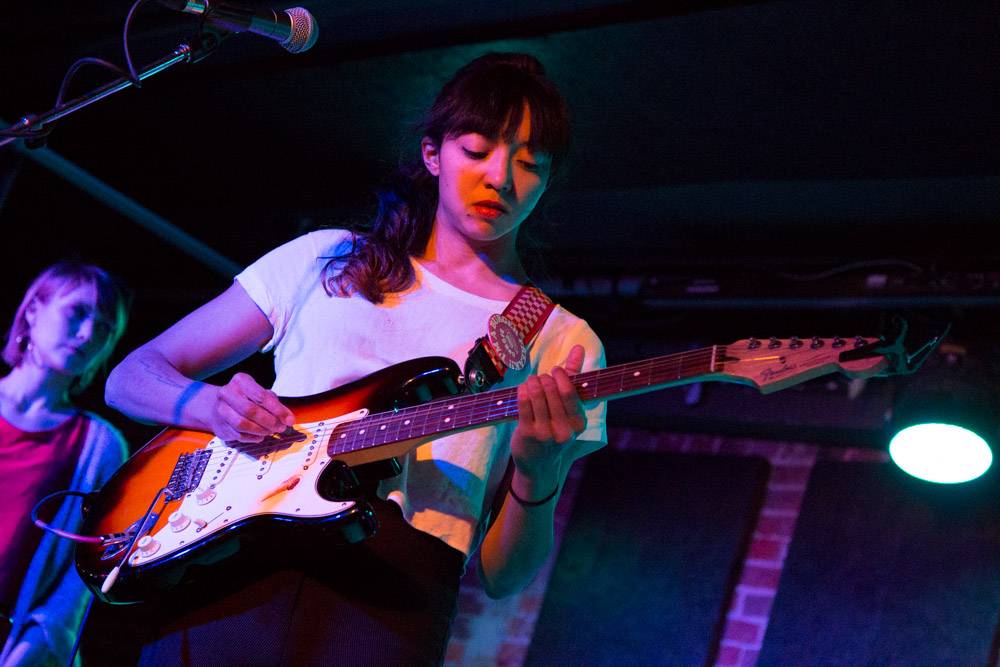 Bands named after pieces of clothing can work – Blouse and White Denim are good examples. But generally, these are the exceptions. Most items of clothing are too mundane and unsexy to translate to a successful band name. ‘The Socks”, for instance, lacks in musicality and alludes to smelly gym attire or dirty laundry. Its French translation, however, suggests something more frivolous and frilly than your standard white sport sock.

Local garage-poppers Les Chaussettes were the openers for Monday night’s La Luz show at the Electric Owl. The band is comprised of singer/guitarist Jovana Golubovic, bassist Maria Turner, guitarist Bella McKee, and token male Alex ? on the drums. With such a loveable and clever name, I really wanted to like Les Chaussettes. But much like my relationship with pretty hosiery, my infatuation quickly turned to discomfort. Golubovic’s dominatrix outfit, heavy-handed make-up and frizzy eighties hairdo had the charm of a bratty tween playing dress-up. McKee too seemed self-conscious and sartorially confused in her ’90s cropped mock-neck tank top and super-low-rise jeans. Their lacklustre stage presence and vocals only added to their strung-out, street-walker look. Only Turner seemed to be at ease and having fun on the stage. Their whiny songs about unrequited love and oozing volcanoes (“Volcanoes”) were about as annoying as a bunched up sock, and equally as exciting. Les Chaussettes need to pull themselves up and tighten their garter straps. 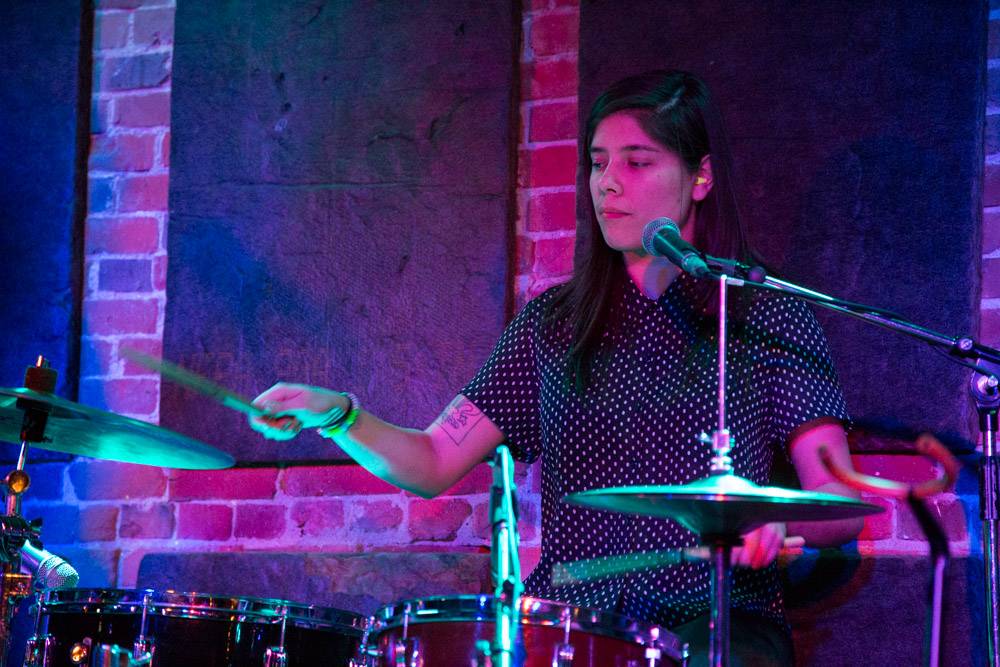 Thankfully, there was light at the end of the tunnel in the form of surf-rockers La Luz (literally “light” in Spanish). Vancouver was the first stop on their North American tour, supported by Portland’s female-musician-focused publication She Shreds. You’d never guess that this talented group of female musicians hailed from Washington State and not some California beach town. The adeptness with which they manoeuvered and catapulted over sonic waves belied their Seattle base.

La Luz is one of many of singer/guitarist Shana Cleveland’s artistic projects. The musician/illustrator challenged the audience with her enormous feline-like eyes, twisting and tossing her uncooperative half-ponytail. The small crowd’s awkward jiggling could hardly match Cleveland’s suave twisting and fancy footwork. Along with bassist Lena Simon, keyboardist Alice Sandahl and drummer Marian Li Pino, the singer led a set of songs interspersed with instrumental detours, including “Call Me in the Day” and “You Can Never Know” off of their only LP, 2013’s It’s Alive. La Luz’s snaking melodies are more than just showy tricks though – like some ominous sea creature, a foreboding tension lurks in the undercurrent of each of their songs. The darkness couldn’t cast a shadow over their fun-loving, silly mood. For their encore, Cleveland instructed the audience to form a path down the centre of the dance floor and then to promenade through it. ‘The Worm’, we were informed, was their favourite dance move. 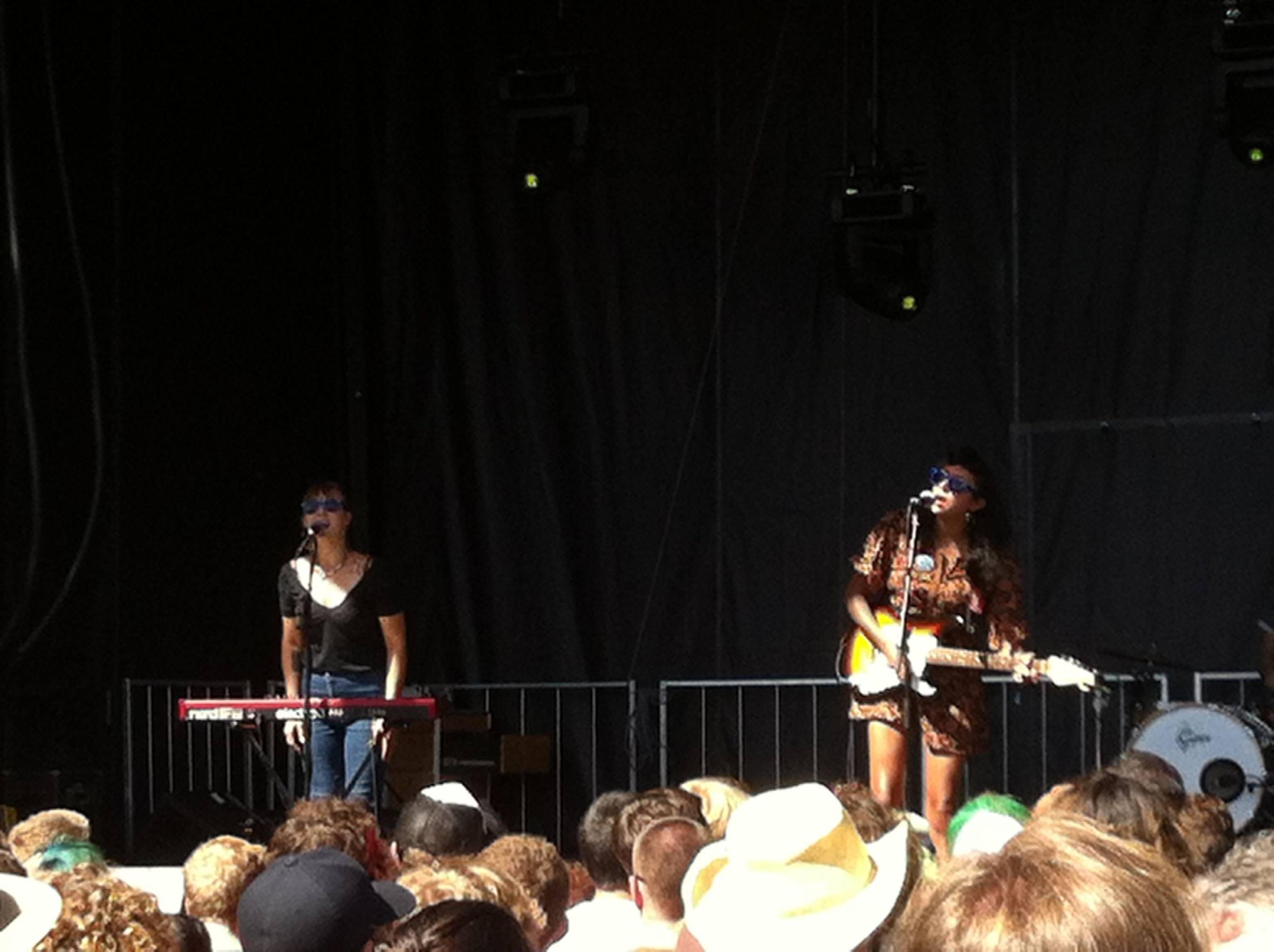 La Luz is almost too good to be true: a group of technically exceptional, original, and gorgeous young women musicians who manage to be genuinely cool and have fun simultaneously. No, they aren’t a mere mirage – they are The Light.