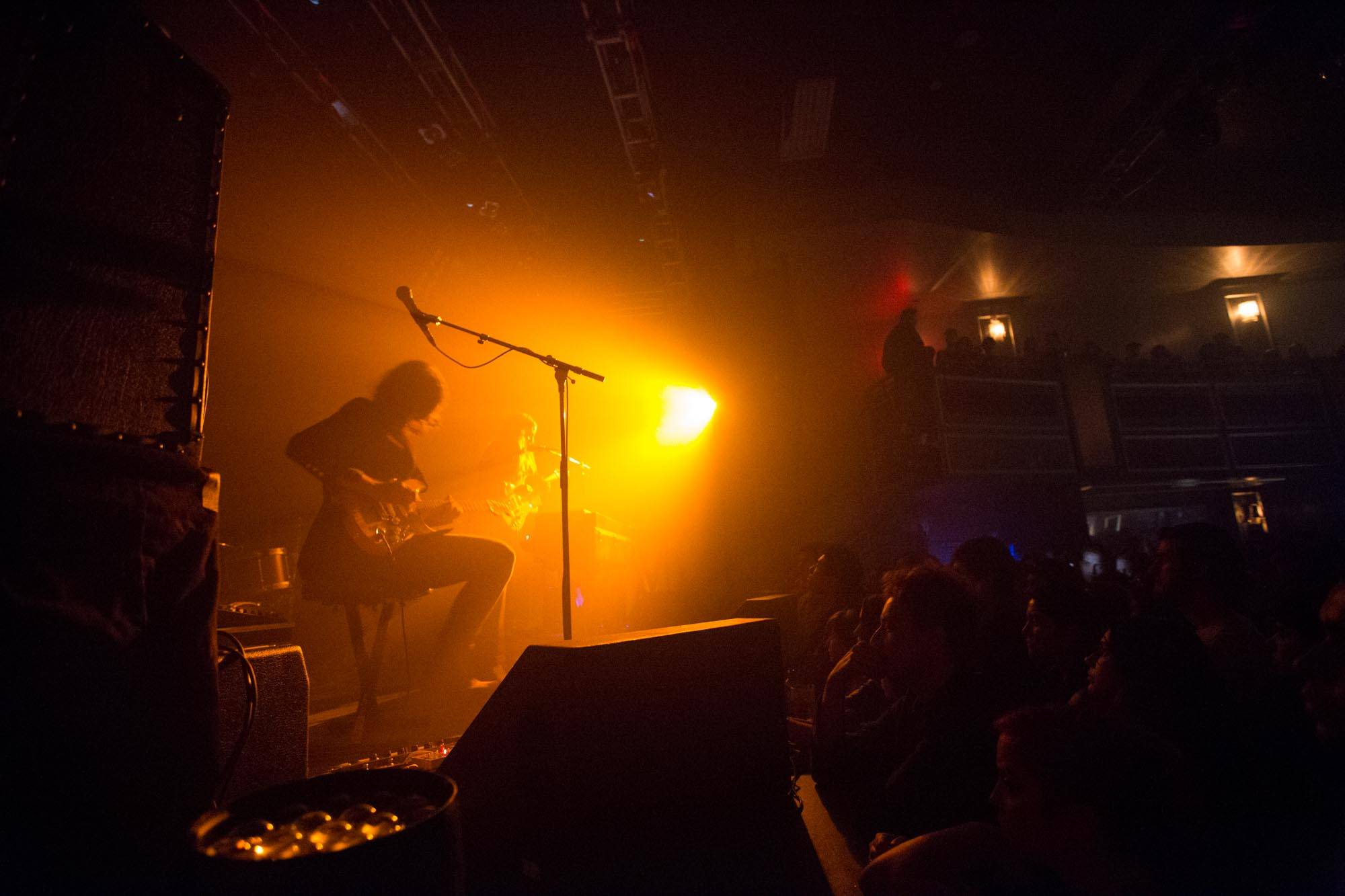 Vancouver was Beach House‘s third stop on their Northern Exposure Tour, a tour that started in Anchorage, Alaska on Sept. 18. Monday night was almost exactly two years to the day that the duo last passed through our city. On that tour, to support 2012’s LP release Bloom, Beach House played to a sold-out crowd at the Commodore Ballroom. Despite having not released any new music since, the band had no trouble filling the humble Venue nightclub this time around.

One-half of the Baltimore duo, Victoria Legrand, was at a loss for words when trying to describe her appreciation for the crowd at this first of two Vancouver shows. Even the most ridiculous English words – including the awkward and unexpected choice of “glockenspiel” – weren’t adequate for the French-born musician, she claimed.

However, Legrand’s difficulty in articulating ended there. The singer was fluent in her breathy expressions of sadness and lost love on “Wishes” and “Other People” off of Bloom and “Walk in the Park” from 2010’s Teen Dream. I am relatively new to Beach House’s particular dreamscape which, I was surprised to discover, Legrand and Baltimore-native Alex Scally have been creating for ten years. At a self-admitted disadvantage, much of the nuance of their otherworldly topography and variances between songs were likely undetectable to my ears. That I couldn’t decipher the differences between several songs wasn’t particularly unexpected though – isn’t this atmospheric repetition one of the defining aspects of the language of dreampop?

The set began with Legrand and Scally sparsely lit by two muted orange spotlights which faded to complete darkness after the first few songs. Legrand’s face and mane floated above a large white collar and her disembodied, white-cuffed hands, one adorned with a large silver ring. The rest of her black Wednesday Addams dress blended seamlessly into the shadows. When the stage lighting broke its subtly spooky ambience, the touring band were finally revealed, leading me to wonder how long they had been shrouded on stage for.

Over the course of the fifteen-song set, Legrand and Scally demonstrated how masterful the pair could be at lulling their listeners into a blissful daze. My mind was prone to wandering, ascending and descending in unison with Scally’s weeping guitar and Legrand’s trembling keyboards, which at times blended with her soaring vocals.

Unfortunately, not everyone in the audience was a dreamer. Between the whooping and cat-calling, and the switch from vibrant washes of gem hues to an overzealous light show, I felt disconnected with the mood of the music and my surroundings. Not to be discouraged, I picked up a vinyl copy of Bloom before the encore song “Myths” was done. I left with the intention to listen to the record in a more controlled and conducive environment – probably one gloomy autumnal night whilst drifting off into an inspired dream state.