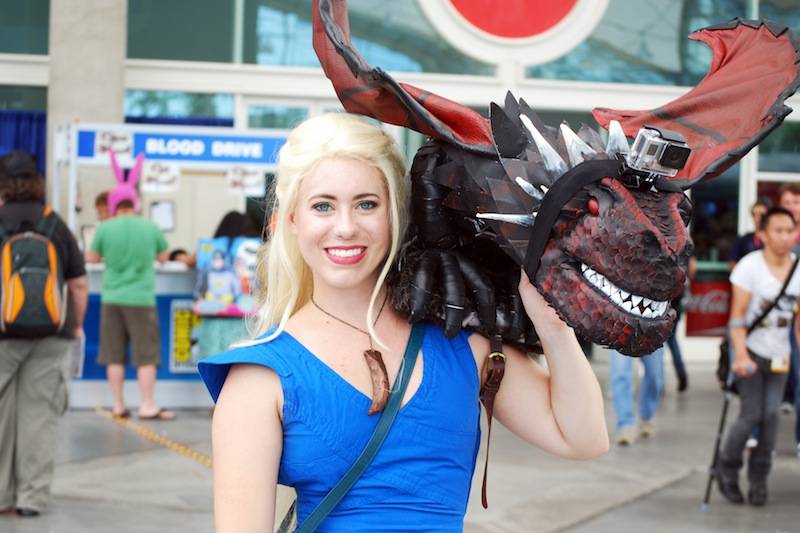 Snapshots from Comic-Con 2014: The Year of Daenerys, Rocket Raccoon and craft beer

Comic-Con. The yearly celebration of popular arts where 130,000 fans of all stripes of fandom – from blockbuster-broad to ultra-niche — come together in San Diego for four days in July to basically stand in line-ups for stuff.

I’ve attended Comic-Con for almost 20 years now. The show was overwhelming even in the late ‘90s, and now, it’s ballooned into an entirely new plane of existence, one filled with over-the-top Hollywood promotion and people dressed up as things. The city becomes an almost-impenetrable dome of non-stop pop-culture and, at Comic-Con, it’s easy to forget the outside world exists.

My sobering moment of clarity came when I was walking outside Hall H — home to Hollywood’s biggest, most-hyped presentations – when I overheard a snippet of a television news crew interviewing a woman dressed as Storm, the one-time leader of the X-Men:

Interviewer: So, Storm, we’re at Comic-Con and the question on everybody’s mind is – what do you think of the situation in Palestine?

I didn’t stick around to hear how she replied, but it didn’t matter. My Comic-Con buzz was thoroughly harshed. Or maybe it just gave me some needed perspective and made me grateful that the worst part of my Comic-Con experience was probably walking through a toxic fart.

Despite horrible things happening everywhere else in the world, I was still interested in using the con to hold my very-informal survey of pop-culture in 2014. This year was hands-down owned by Rocket Raccoon, the Guardians of the Galaxy breakout cosmic/garbage-eating star, who was seen in Lego, plush, vinyl and every other form of toy imaginable. It was also year where an army of cosplaying Daeneryses overtook Slave Leia appearances by a large margin. 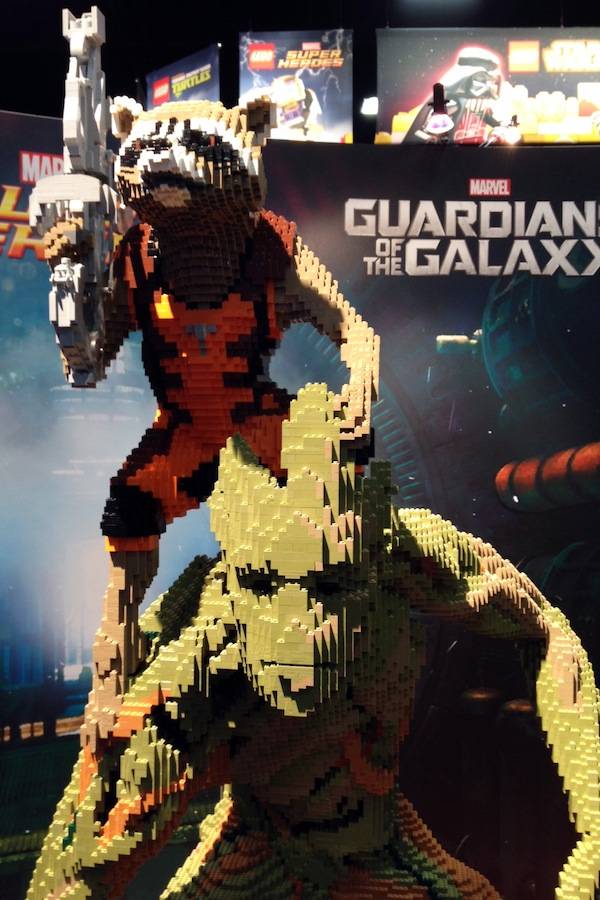 Every year, the convention pushes further and further outside of the convention. A giant Homer Simpson grew out from the lawn across the street from the convention center, in the middle of a whole mini-Simpsons theme park, and people reportedly waited in line for two hours on Saturday to ride a 30-foot high, 5 second long zipline promoting Fox’s non-Batman Batman show, Gotham. 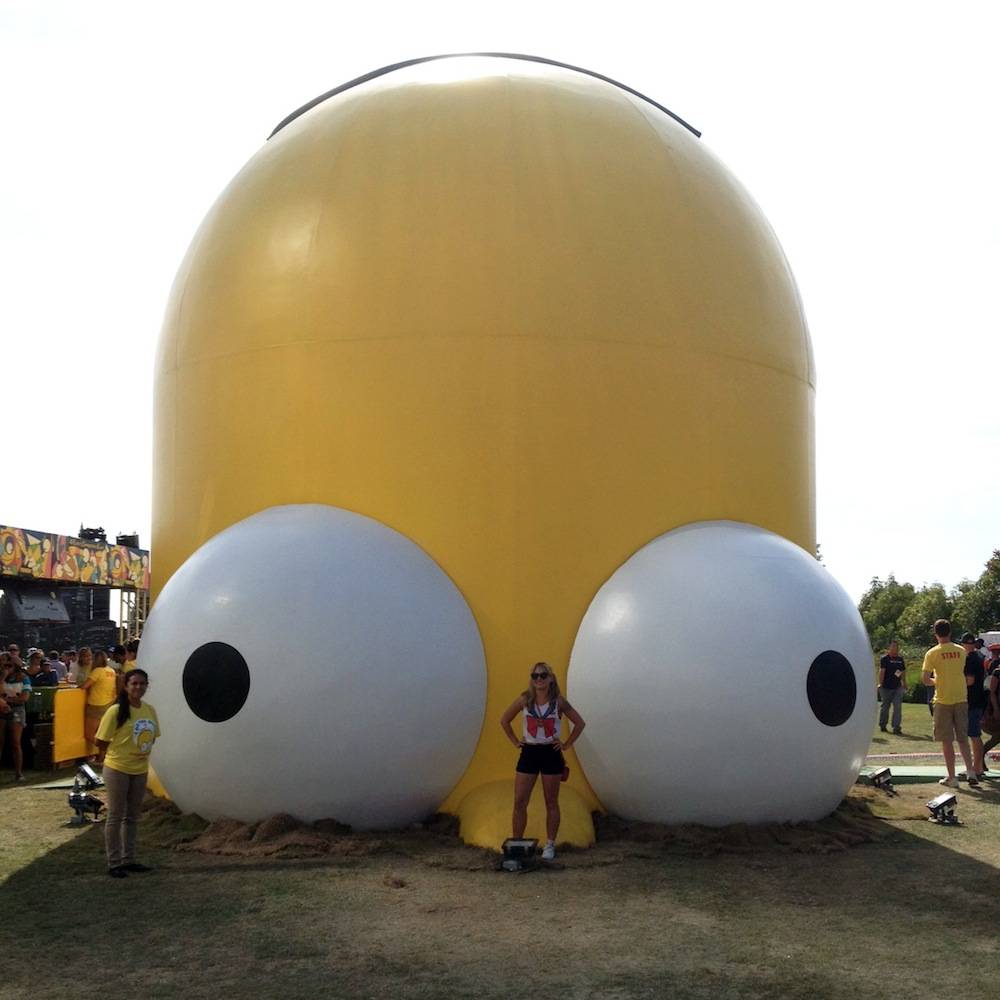 A parking lot even further into downtown was turned into a carnival of advertisements for upcoming shows and films, including Sin City: A Dame to Kill For and Sleepy Hollow. There was some sort of tank that apparently shot pizza – when it wasn’t broken — promoting Pizza Hut and Teenage Mutant Ninja Turtles, and an inflatable castle you apparently exited out a cat’s butt. Comic-Con 2014 was the year it became really hard to tell if studios were getting advice from Nathan For You.

Lineups are unavoidable at Comic-Con, and on Saturday afternoon I found a lineup with my name on it. Heroes Brew Fest was costume-themed craft beer festival a five-minute walk from the convention cent, along the harbour to a scenic park. The quality of Ninja Turtles costumes at the beer fest didn’t quite live up to the dedication of something you’d see at Comic-Con, but it was a happy medium between both worlds, giving usÂ a taste of San Diego’s craft beer scene while surrounded by costumed folks. It just went to prove that no matter whatÂ you nerd out for, there’s a lineupÂ for everyone.