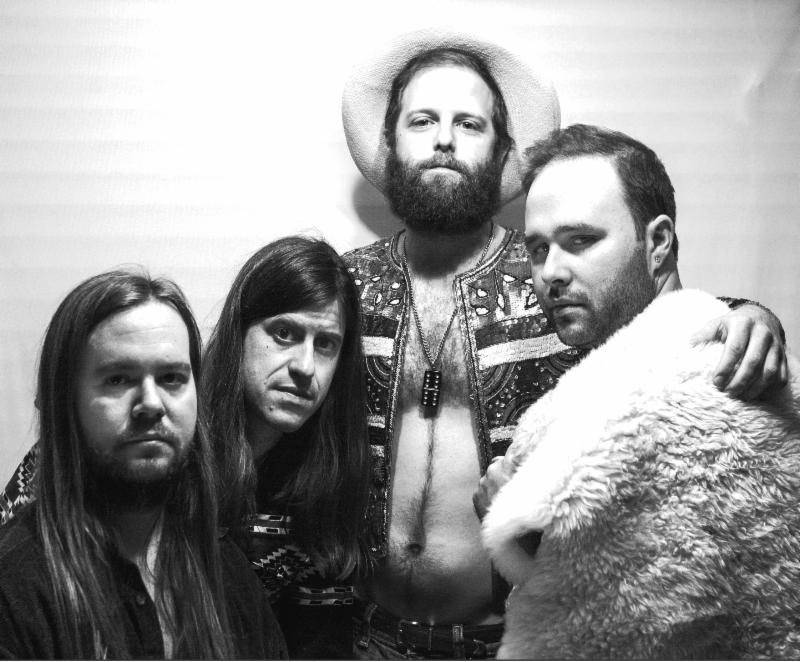 Local garage bandÂ Dada Plan made their debutÂ on WednesdayÂ as an addition to the Media Club lineup support for Austin bandÂ Pure X. The four greasy young men had seemingly arrived directly from a 90s-themed beach party, complete with a yin-yang choker, “Hang Loose” t-shirt, and neon orange backpack (worn throughout the set for an undisclosed reason). The surreal aspect hinted at by the cheeky band name was achieved with the addition of a few unlikely instruments, including a saxophone and bongo drums. The most memorable stage appearance was a massive cello which dwarfed its player, passionately huggingÂ the voluptuous wooden body. His stance as he played had the awkward air of a sloppy public make-out session. When I wasn’t distracted by the theatrical kitsch, the odd line of clear nasal lyrics that I caught were appropriately clever (“I got a look from a stranger I mistook for a familiar character from a book” and the repeated “death is the fiction of you”). However Dada Plan’s sound wasn’t kooky enough to be as memorable as their outfits.

It wasÂ 11 p.m.Â by the time that headliners Pure X claimed the stage for the second last stop on their West Coast tour for latest album,Â Angel. Vancouver’s second hottest day of the year was at last cooling off, and at least a couple of beach appropriate show-goers were second-guessing their outfit choices for the night. However, those doubts were a little too hasty. Indoors the temperature continued to rise thanks to the Austin psych-soul rockers, and it was clear that there would be no respite from the heat until the clock struckÂ midnight. I shouldn’t have expected any less from a band named after a notoriously libido-enhancing party drug. Nonetheless, I was a little surprised by the less psychedelic than sultry mood-swing that the evening took. Bassist and crooner Jesse JenkinsÂ was particularly swoon-inducing. If any element of the show came close to actual ecstasy, it was his breathy falsetto vocals. Guitarist and vocalistÂ Nate Grace’s luscious brown locks were runner up. His hair was enviable enough to prompt my date to question his shampoo choice.

Many local show-goers were probably in recovery after an extended holiday long-weekend or begrudgingly getting back into their routine on a less than desirable hump-day. However, more than few of the pretty disheveled people were outÂ this WednesdayÂ night, including a couple of members from another local garage band about to go on tour,Â The Shilohs. Although underwhelming after the brazen, raw and energetic Canada DayÂ Nick Cave performance at the Orpheum the night prior, Pure X’s performance was a sexy comedown from the overhyped Canada Day festivities.