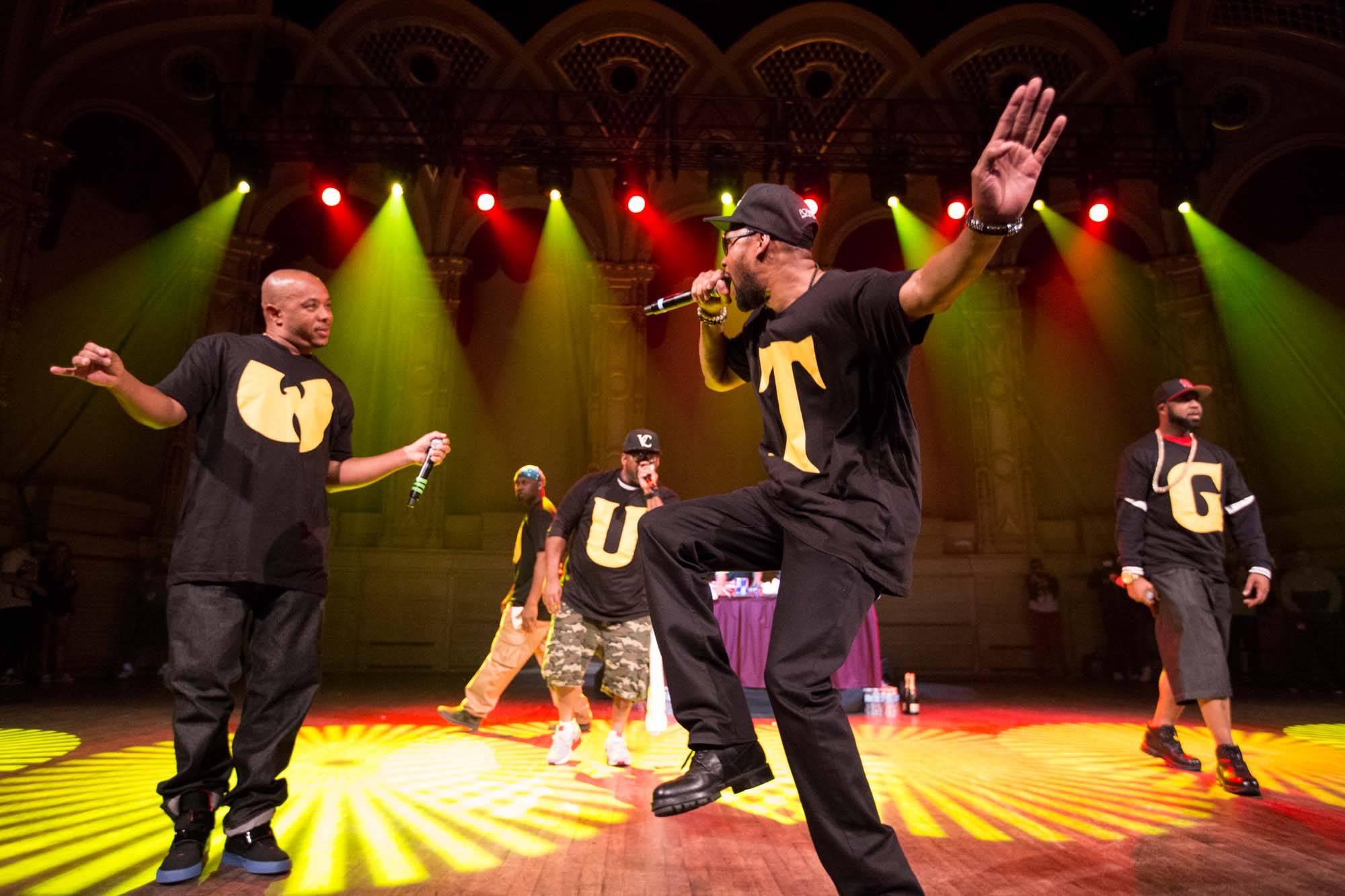 Midway through Wu Tang Clan’s performance, the RZA took a stab at The Beatles’ “Come Together” in Vancouver. It was a strange, lighthearted departure from his usual razor-sharp and aggressive style, but the cover was completely appropriate for the hip hop luminaries’ most recent tour.

Most of the collective’s members – Method Man, GZA, Inspectah Deck, Ghostface Killah, Raekwon – have performed solo shows in smaller club venues in the past, but this was the first time they’ve appearedÂ in Vancouver as the legendary collective. Rumours surfaced earlier this year regarding RZA and Raekwon’s dispute over their forthcoming and final LP,Â A Better Tomorrow,Â but they seem to have moved past their creative differences. Both rappers, along with the rest of the killer bee swarm, looked united and indomitable on the Orpheum’s grand stage.

When the clan lined up in front of the crowd, each wearing their Wu-emblazoned T-shirts, and proclaimed, “These are the nine dopest hip hoppers to do this shit,” no one could argue with them. They stood strong like a Voltron, encouraging their motley crew of fans – the rap heads, the headbangers, the beach bums, the punks, the preps – to raise their “W” hand gestures and peace signs in harmony. In fact whatever the group commanded, their army of fans quickly obeyed. The crowd waved their hands side-to-side on cue, recited every lyric from the seminal record Enter the Wu Tang: 36 Chambers verbatim, and even posted Instagram photos when prompted by their heroes.

It felt like the mob of mostly 30- and 40-somethings in attendance had waited half their lives for this moment and savoured hearing tracks like Â “Bring da Ruckus”, “Shame on a Nigga”, “C.R.E.A.M”, “Clan in da Front”, and “Wu Tang: 7th Chamber, Pt. 2” in the flesh. Method Man was not in attendance for undisclosed reasons, but RZA stepped in and made sure the fans still got to hear the ill beats and rhymes of his collaborator’s theme song. The touring members also put on an incredible tribute to their fallen comrade ODB, jamming to his trademark tracks “Shimmy Shimmy Ya” and “Baby I Got Your Money”. They divulged some of his late friend’s vices, joking about his lecherous impulses, then honouring the legacy he’s left behind with his 13 children.

At one point, the Clan laughed at the mispairing of their sound and the underground vibe of the show with the austere venue. They jested, “You’ve been robbed by the Wu Tang Clan!” The theatre was definitely more chaotic than usual – the organizers did away with assigned seating, half the audience was dancing on top of the fabric seats, and those brazen enough to storm the stage were thrown back into the crowd. One unfortunate gentleman fell head-first after his stage dive, ironically neglecting the Wu’s advice to “Protect Ya Neck”. Â Judging from the heavy veil of smoke that continued to grow thicker throughout the night, a few more policies had been thrown out the window. But the minor injuries, the $175 general admission price, and the unavoidable contact highs were a small price to pay for what honestly felt like a once-in-a-lifetime opportunity.