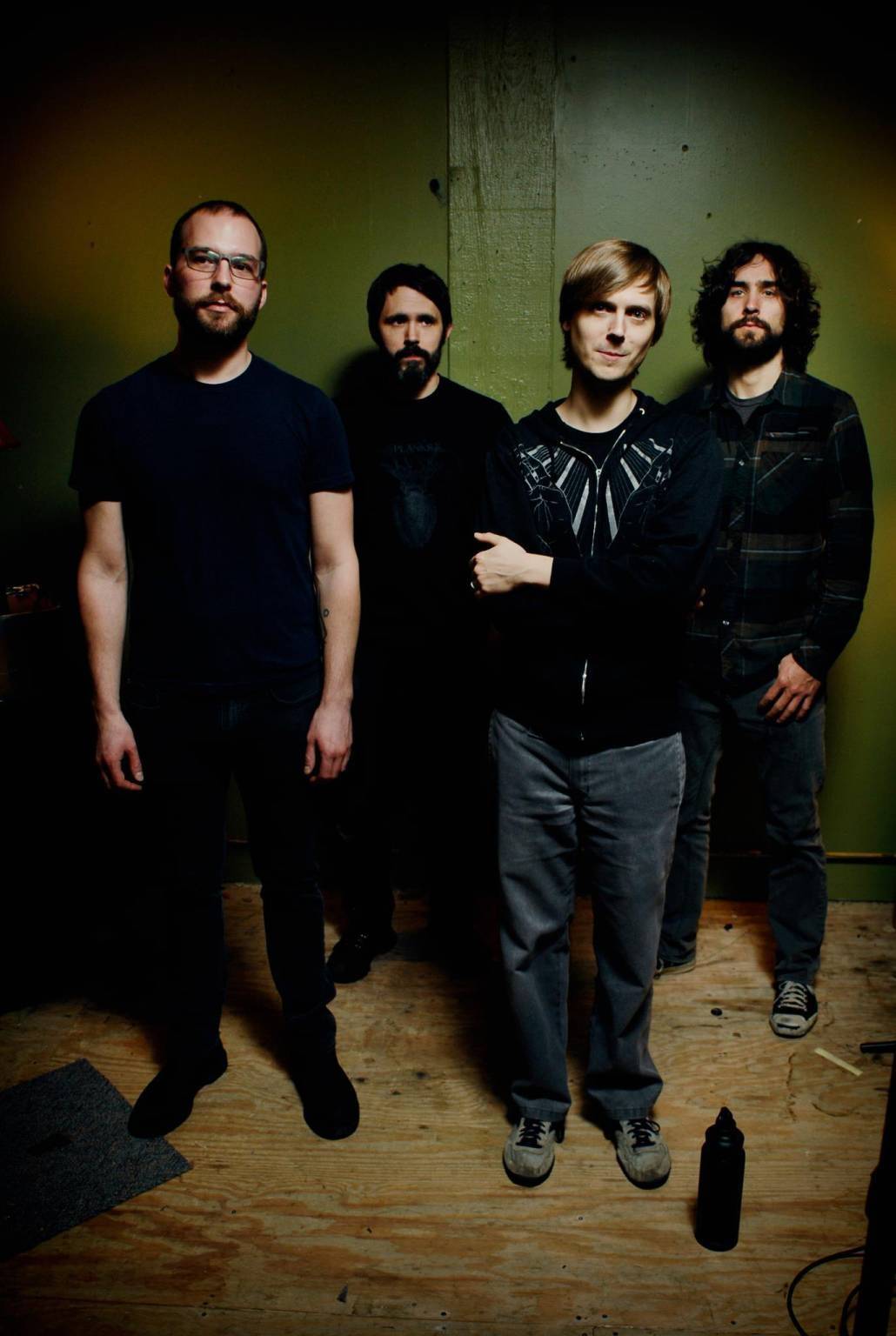 It had been over five years since Illinois metal band Pelican last played Vancouver, and nearly as long since they took a break from the band. For their first post-hiatus tour in support of last October’s release, Forever Becoming, the four men head-lined The Rickshaw theatre last Wednesday night.

Why would an instrumental metal band need a microphone? After the initial mic check, guitarist Trevor de Brauw used it sparingly, mostly in three-word phrases : “Thanks so much” and the apologetic, “Best laid plans,” after a rocky start due to a technical set-back.

Full disclosure: I had reservations about instrumental bands in general – namely, that the lack of lyrical content made them less interesting and best suited as background noise to everyday drudgery. What little I listened to of Pelican’s extensive 13-year career prior to Wednesday night did little to contradict my doubts. However, their live show demolished my preconceptions, and was no less intense or lacking for want of vocals.

Like the opening title of an AMC post-apocalyptic drama, the band name disintegrated on a large screen projection backdrop. The first note opened up a space-like vortex that delivered the audience into a bleak and ominous alternateÂ midwestern reality. A grainy sequence of a flock of birds, herd of cows, storm clouds and avalanches segued into images of bleak buildings, desolate prairie skylines, and abandoned remnants of civilization.

It was uncertainÂ whether the band was attempting to communicate a message with their imagery, be it political, metaphorical. They definitely played up the fact that their music would be well-suited to natural disaster, inflicted suffering and general demise. If Pelican were to be delegated to some sort of soundtrack, it would undoubtedly be to the end of society.

The projections shifted from abstract collage to a sinister narrative of an anonymous man hiking through wilderness and plains, clutching a large branch. His trek ended at a rocky lakefront where he bludgeoned another man to death and left him face-down on the shore. de Brauw all-out bludgeoned the air with his compact yet muscular frame – by far the most energetic of the band members, as well as (deceptively) the lightest and slightest.

On the opposite side of the stage, fellow guitarist Dallas Thomas performed a more traditional wide-stance and head-banging routine. Drummer Larry Herweg and bassist Bryan Herweg were more subdued and seemingly content to be overshadowed by the screen looming centre stage behind them.

Maybe it was the visual element utilized that added plot I lusted for to Pelican’s sonic sludge and fury. Whatever the intention, the video and music conspired to wield a powerful force that culminated in an encore which threatened to raze the rickety Rickshaw in an engineered metal avalanche.