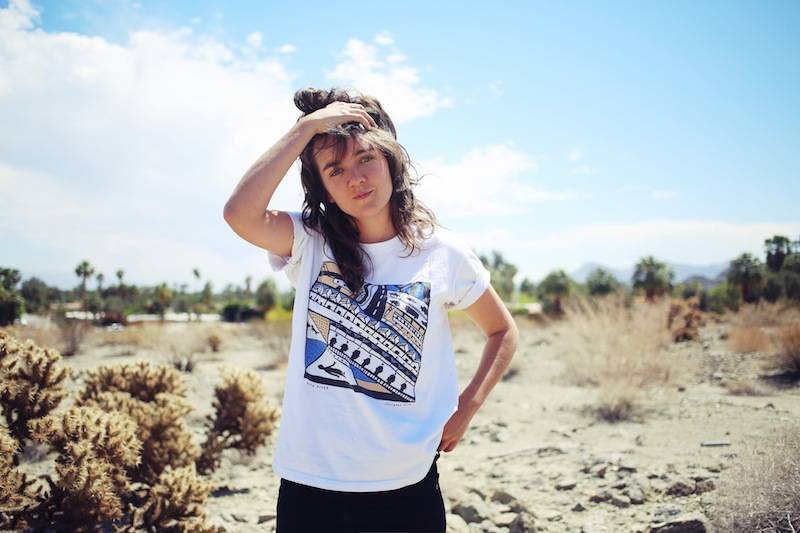 One reason for this is the song “Avant Gardener”, a spoken/sung stream-of-consciousness Velvet Underground-style guitar dirgeÂ with a number of memorable and disarming lines (the one most often quoted: “The paramedic thinks I’m clever ’cause I play guitar/ I think she’s clever ’cause she stops people dying”). Barnett also starts off a song, “Lance Jr.”, by mentioning masturbation (as does St. Vincent on a song on her latest album. Is this a trend?) and mentions great Australian band the Triffids (in “History Eraser”: “You said ‘IÂ guarantee we’ll have more fun, drink till the moon becomes the sun, and in the taxi home i’ll sing you a Triffids song!”) Indeed, signs of songwriting talent and a nascent vision pepperÂ the two EPs, which have been compiled for North American consumption on The Double EP: A Sea of Split Peas. All for a series of songs that aren’t even a real full-length album debut.

TheÂ 26-year-old has been in the midst of some epic touring, building more buzz for her early recordings while setting us up for the full-length. We reached her in Manchester, and talked about that and a few other things. She plays the Fortune Sound Club in Vancouver July 4. 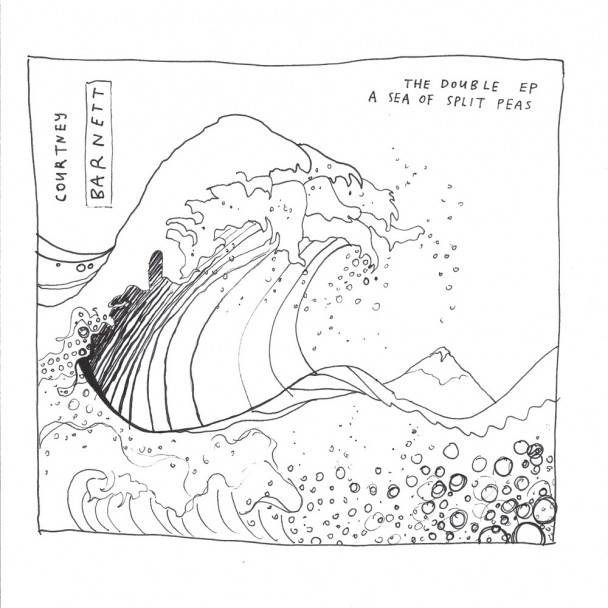 Shawn Conner:Â Has Manchester ever held any fascination for you?

CB: I don’t know. I love bands like Midnight OilÂ and the Go-Betweens andÂ the Saints, Hoodoo Gurus, that kind of stuff.Â I like the Triffids a lot.Â I only heard about them a couple of years ago. I’m a bit slow with my music intake. There are quite a few great bands around at the moment. Bands like Dick Diver, Boom Gates, Dan Kelly.

CB: Â They’re cool. They live in Brisbane. They opened a cafÃ©.

CB: Dave reads a lot of biographies, so do I, I guess. But I don’t retain the knowledge likeÂ he does. We’re all nerdyÂ in different ways.

SC: Are your bandmatesÂ old friends of yours?

CB: I guess we’ve been friends for a couple of years. They were playing in this country band and I was, asked to join as the slide guitarist, so I joined and started touring with them, andÂ the three of usÂ became really good friends. I’d been playing solo for years before that.Â When I wanted to record my thing, I asked them to come along.

SC:Â What’s the story on the new album?

CB: We finished it before we left, about six weeks ago. It got mixed while we were away.Â I thinkÂ we’ll release it towards the end of the year.

CB: Yeah. I was really keen on recording. We probably won’t get another chance for a long time to have the chance to do it. We had plenty of time. I like to do stuff pretty live, and keep it pretty spontaneous, capture the moment. WeÂ were probably only in there for a week.

CB: Not so much. I probably wouldn’t say that about myself. I take a lot of notes, and write a lot of poetry. AÂ lot of the time I’m a bit too nitpick-y about songsÂ and they don’t normally eventuate.

SC: There’s a quote from you where you say,Â “The one thing that captivates me in a song is the honesty of a songwriter.” Who to your mind fits that description?

CB: It’s aboutÂ displaying thatÂ vulnerability, even though you might not want to all of the time. And maybe that’s why people adopt certain personas some of the time. To be vulnerable is to be honest, to show people what you’re scared of and what you’re sad about, all those things which are scary to share with anyone. Not hiding behind words.

CB: I’ve been listening to Bill Callahan‘sÂ new record.Â I don’t know, there were bits in that, which I loved, which kind ofÂ stopped me in my tracks. I can’t think of what the lyrics were, they’re just so simple. You don’t expect him to say it. There’s aÂ song on there, I can’t remember which one, but there’sÂ anÂ eagle flying and it’s gotÂ a rat in its claw (“The eagle flies using the river as a map/A small animal in its clasp/Alive and enjoying the ride”, from “Ride My Arrow”, Dream River, 2013). That gets me.