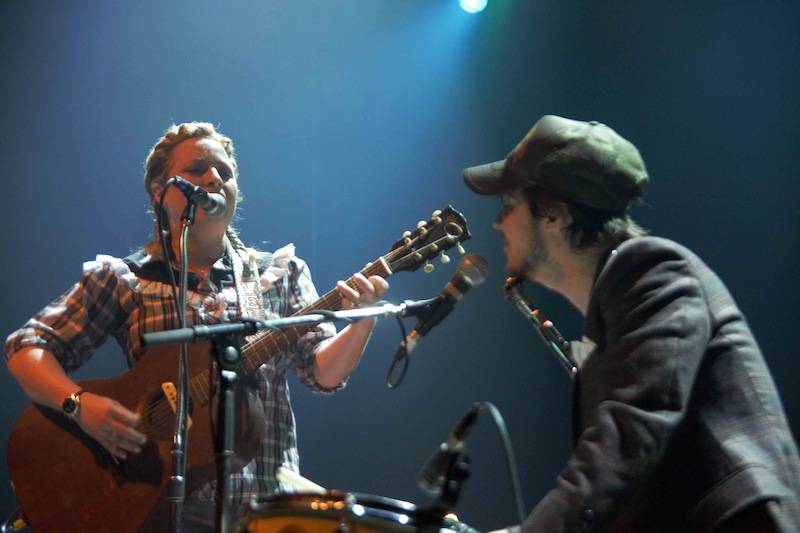 Photos – Shovels and Rope at the Vogue Theatre, Vancouver, April 22 2014

Shovels and Rope opening for the Drive-By Truckers in Vancouver Tuesday night. The duo received a rousing welcome from the audience, many of whom seemed familiar with the band. Switching positions between guitar and drums, the duo ofÂ Michael TrentÂ andÂ Cary Ann Hearst gave an energetic, passionate performance.

The set consisted of mostly tracks from the debut Shovels and Rope album, O’ Be Joyful, including “Birmingham”, along with at least one new song (introduced as such). A teaser for the new album, due in the summer, has been released (see below).

A documentary about the bandÂ is also in the works.

The last time the Charleston, South Carolina actÂ was in town was around the same time last year, opening for Lucero.

Photos – Shovels and Rope at the Biltmore Cabaret, 2013

More Shovels and Rope at the Vogue Theatre photos: