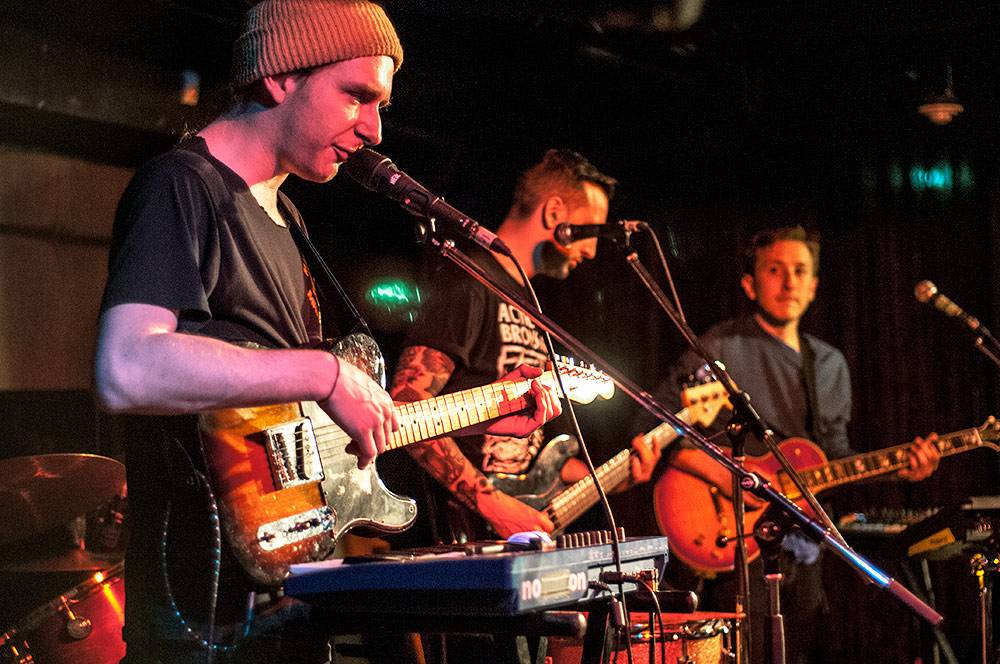 Bear HandsÂ at the Media Club in Vancouver, near the beginning of their spring 2014 North American tour in support of their album Distraction.

DistractionÂ has been met with praise from the likes ofÂ Consequence of SoundÂ andÂ Alternative Press, who said, “BearÂ HandsÂ are great… and they’re evolving faster than most of the stuff on your hard drive.” Band members includeÂ Dylan Rau, Ted Feldman, Val Loper, and TJ Orscher.

Check out their NSFW video for the song “Peacekeeper” below: