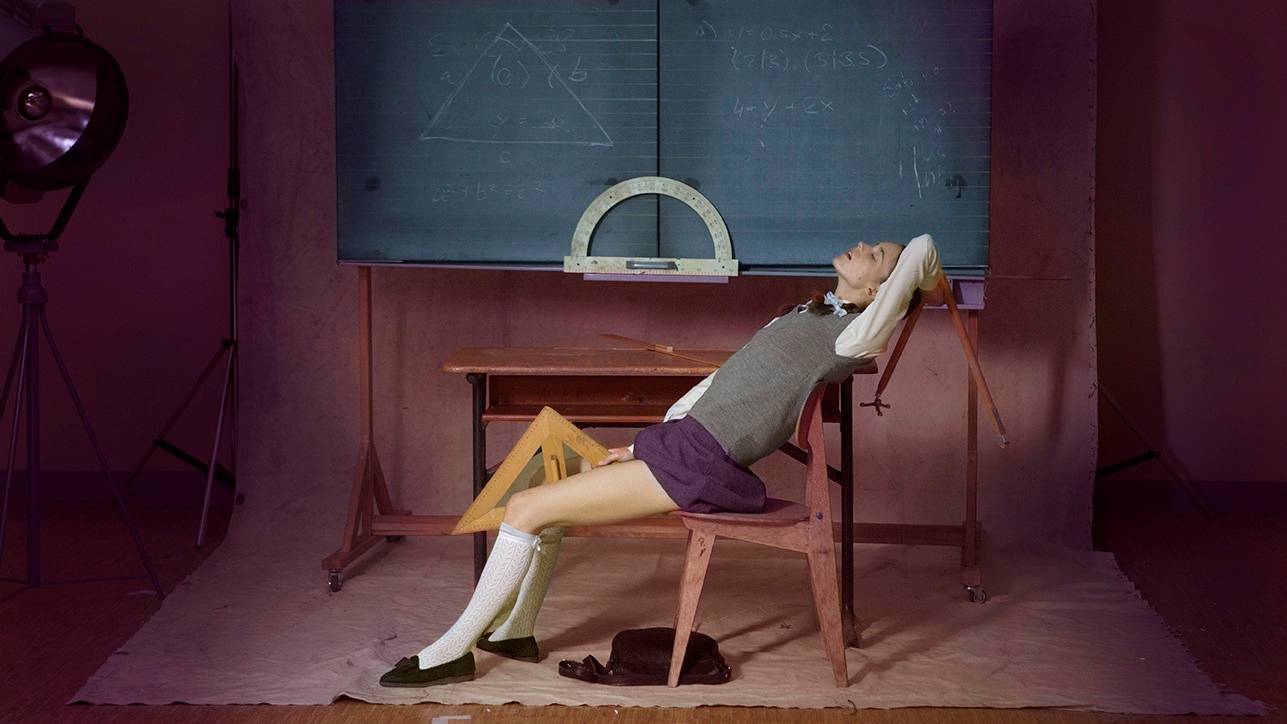 Lars von Trier‘sÂ latest comes bearing a load of expectations, thanks to its patience-testing running time (four hours, reduced from a longer European cut), indeterminate accents (Shia Labeouf and Christian Slater are the chief offenders in this regard), and a pretty hot marketing campaign that’s helped generate a lot of buzz. A filmgoer, contemplating on how to spend his or her movie money and time, has every right to ask: is it worth it?

Well, the short answer is, no.

The longer answer is yes… well maybe… with reservations.

No one’s ever accused the Danish filmmaker behind Antichrist of being subtle. But Nymphomaniac is often painfully literal. Someone is said to look like a cat, so an image of a cat flashes briefly on the screen.Â When a character sets fire to a car,Â Talking Heads‘ “Burning Down the House” plays on the soundtrack. The whole first “chapter” (von Trier flatters himself if he thinks there’s anything novelistic about this thing, unless that novel is Fifty Shades of Grey) belabours an analogy between trolling for sex and fly-fishing.

Did we mention this movie has sex on the brain?

More specifically, it is sex on von Trier’s brain. Filmgoers looking for insight into human sexuality in general or the way humans interact sexually in contemporary times had best look elsewhere, i.e. HBO. However, if you’re wondering what kind of half-baked notions relating to female sexuality and psychology are rattling around in the director’s brain, Nymphomaniac delivers.

Nevertheless, this reviewer was on-side for the first “volume”, when von Trier’s literalness could still be mistaken for humour, and the possibility of a dramatic narrative was still a possibility. But as the movie drags on from one ridiculous plot development and cringe-worthy scene (anything with Stacy Martin as the adolescent heroine Joe and Slater as her father, for instance) to another, Nymphomaniac is revealed for the underwhelming exercise it is. There’s a particularly inane plot development in the the third act (our heroine, by this time, has aged into Charlotte Gainsbourg) that completely robs the movie of any grounding in reality it might have had, and not in a good way. Even if a moviegoer can get past a world in which sexual freedom is equated with a talent for extortion, Nymphomaniac is totally derailed by a final scene that entirely robs the only sympathetic character of his dignity – and the movie of any point.

So why even consider seeing Nymphomaniac? Well, it is bugfuck insane, so there’s that. And it does have some memorable scenes (as well as many you’ll try to forget). Nymphomaniac may be nothing more than a long, feverish indulgence, but it’s von Trier’s long, feverish indulgence. And that does, in the end, elevates its pseudo-intellectual claptrap above Fifty Shades of Grey territory – although just barely.

Nymphomaniac Volumes I and II opens March 21 at Vancity.

One response to “Nymphomaniac really blows the lid off nookie”