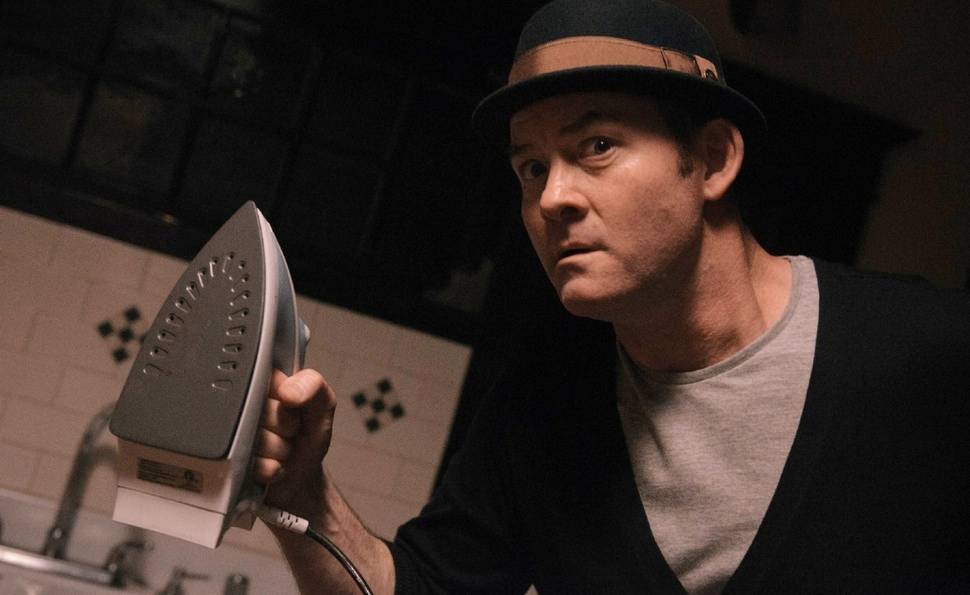 At last, a movie to shake off the Academy Awards hangover! Not too mention the movie wasteland that is the first three months of the year.

An audience favourite at last year’s South by Southwest, where it won the Midnighters Audience Award, Cheap Thrills lives up to its title, and more.

The premise is simple. Craig and Vince are two (former) good buddies who haven’t seen each other in five years. After a chance meeting at a bar, Craig and Vince are approached by the quintessential L.A. couple-from-hell, Colin and Violet (David Koechner and Sara Paxton). Turns out it’s Violet’s birthday, and Colin wants to make it a memorable one. This he does by offering their newfound friends increasing sums of money to do increasingly degrading things.

This part is pretty believable – it’s L.A., after all, where anything can happen. Cheap Thrills‘ earlier opening set-up is a little more contrived – the dire economic circumstances of Craig (Pat Healy) are highlighted by an eviction notice. What is this, a 1970s Richard Pryor movie?

But once the friends fall into the clutches of Colin and Violet – as they become more and more committed to where the night, and Colin’s freeflowing yankee bills, will take them – the movie kicks into malevolent gear and keeps you pinned to your seat, wondering whereÂ Cheap Thrills will go.

It should be noted that the movie probably wouldn’t work without the right actor playing Colin. The debauched ringmaster with a hipster’s fondness for hats and bowling shirts, David Koechner’s Colin strikes just the right balance of moneyed creep and possibly something much worse. Koechner perfected this kind of obnoxiousness as Todd Packer in The Office (he’s also Champ Kind in The Anchorman flicks) and here he gets to take the character to the max.

Pat Healy and Sara Paxton, who were both in the 2011 Ti West horror flick The Innkeepers, are getting to be B movie vets. Healy’s convincing as the stressed Craig. Paxton doesn’t have much to say or do as the ghostly, quiet Violet, but she brings a scary vacancy to the role as she documents the evening’s action with her phone. Ethan Embry completes the ensemble as Vince, a rougher, supposedly more street-smart foil to put-upon family-man Craig.

Call it a commentary on economic inequality or just a good old-fashioned, nail-biting psychological thriller (with its share of gross-out moments), Cheap Thrills delivers the kind of goods midnight audiences crave. Occasionally predictable but mostly not, the movie – from first-feature director E.L. Katz – works because of the creepy group dynamic established by the twists and turns of the tight script as well as the skilled actors more than it does on its more sensational aspects and, yes, degenerate thrills.