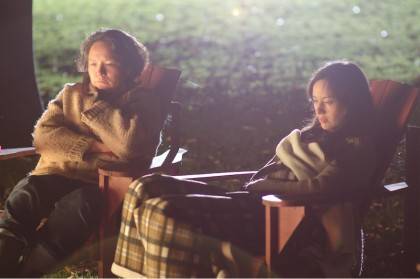 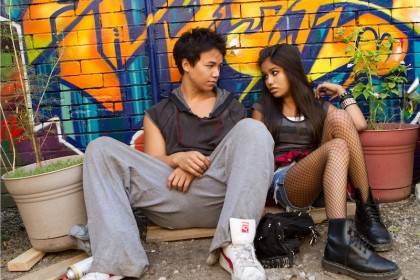 Interestingly, there seems to have been a conscious choice to not include background music, except for three instances. However, these aren’t intrusive and are effective at enhancing the scenes. All occurÂ at key moments of change for the characters.

One of those moments is when Lena has a spiritual turning point, which feels a tad clichÃ©, considering the original working title was Running Wolf. The intention feels genuine though, as the actors come from the cultures that the movie is referencing (Gee is of Ojibwe descent, Podemski is Salteaux ((part of the Ojibwe family)) and Polish).

Those familiar with the Ojibwe creation story of Ma’iingan (Wolf) and Man (Anishinaabeg), or the Cree stories of Wisakedjak, will be reminded of such (Lena’s last name is Mahikan as well). Screenwriter Shannon Masters is Mixed Cree as well, making the final plot development warranted, despite its melodramatic tendencies. On another note, casting decisions all around were interesting – apart from the Native actors, the Family Services actor was black and Jordan Prentice, a little person, was cast asÂ Warren, a friend of Lena’s.