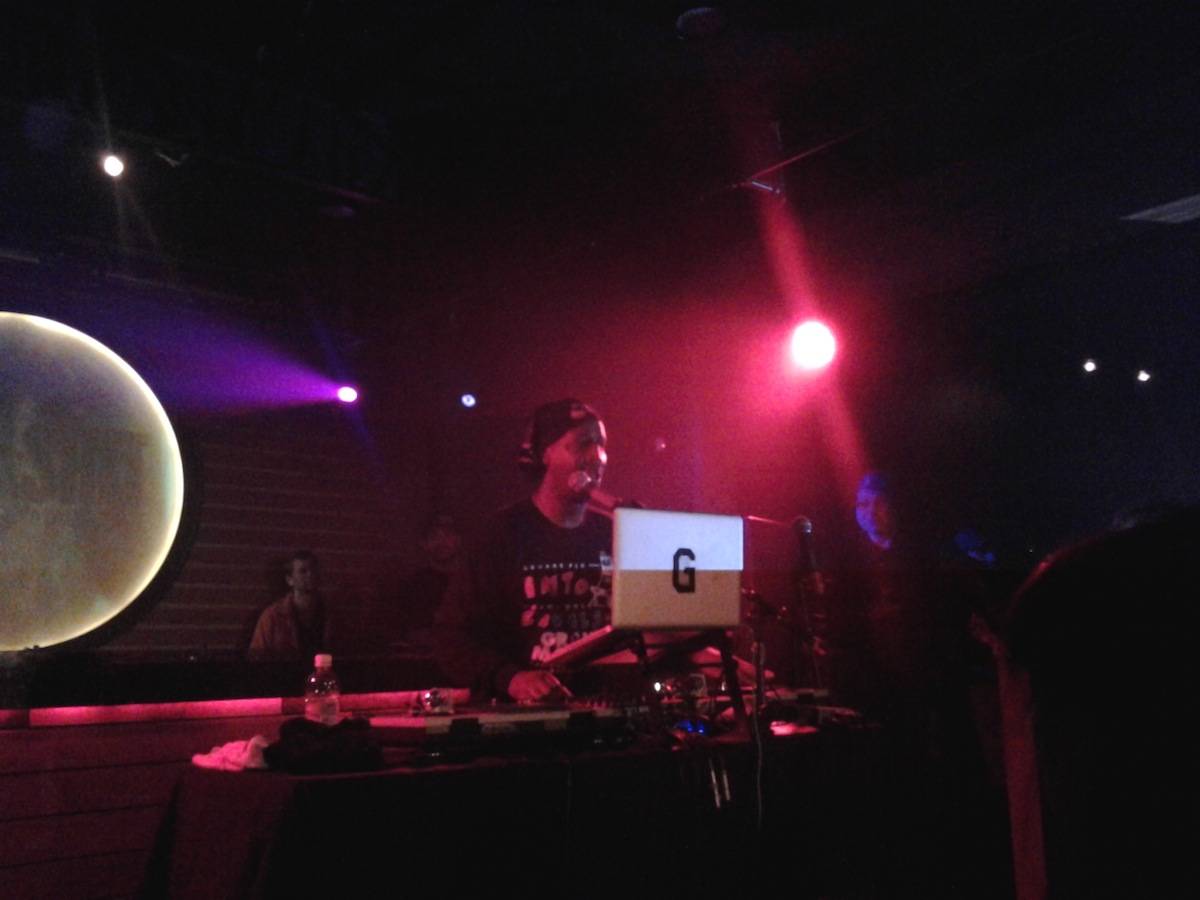 On Wednesday, Grandmaster Flash headlined Fortune Sound Club’s Hip Hop Karaoke: Know Show Edition. For a midweek night, the place was packed and the karaoke show was a loud and fun time. While I didn’t know what to expect from Flash, and without looking up the details beforehand, I figured it would be a live show.

At 12:45 the Grandmaster came on stage to a boisterous yet attentive crowd and, to my surprise, he did a DJ set. What he took us through, however, ended being more of a hip-hop history lesson than anything, and it was well worth waiting for.

DJing and mixing from his laptop, and remarking about pretty much every song he played or was about to play, Flash took us through decades of monumental tracks in hip hop, most of which he noted took subtle but important samples from various genres of the 1970s and 1980s.

Naturally at Fortune, only after a few songs did Flash stop the show and wait for some tech issues to be fixed. During this, he kept a big smile and incited us to keep our hands up, dance, and sing along – but also encouraged us to keep an open mind toward his unpredictable DJ set.

Evidently, Flash considers hip hop to branch out from almost every genre – indeed, it relies mostly on samples. So, his mix consisted of, as he said, “a little bit of many things – pop, rock, rap, jazz, R’N’B, punk…” A few old samples that came up included “The Mexican” by Babe Ruth, “The Big Beat” by Billy Squier, “Cavern” by Liquid Liquid, and “UFO” by ESG. While he didn’t specifically mention most of the artists, he often said, “you should know this!” which hopefully intrigued some fans to do some research.

To the crowd’s delight, he also played many classic hip-hop anthems, such as “Apache” by Sugarhill Gang, “Intergalactic” by Beastie Boys, “Gangster’s Paradise” by Coolio and “Slam” by Onyx, but also kept it current with some hits by Eminem, Drake and Rihanna. He caught us off guard with a few non-rap tracks as well – “Back in Black” by AC/DC and “99 Luftballons” by Nena, for instance – but insisted that these all relate to hip hop in some way.

Flash’s sporadic, fast-paced and highly meticulous DJ set was at once a hip-hop dance party and a subtle study of the influence of hip hop music, as he moved back and fourth between sounds from the 1970s to 2010s. While maybe not everyone picked up on Flash’s references, he definitely showed us that his legendary status comes from decades of research, experimentation and, most importantly, an open mind to all genres of music.