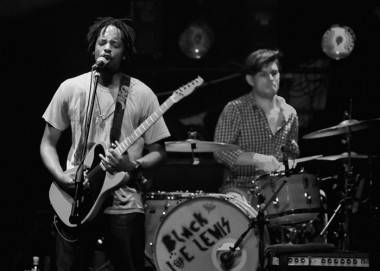 Lewis formed his band back in 2007. They were originally known as Black Joe Lewis and the Honey Bears, but recently shed the name forÂ Electric Slave. The band has played multiple music festivals, such as Coachella Valley Music and Arts Festival, Sasquatch! Music Festival and Bonnaroo.

“I think with the membership changes in the past couple of years, I wanted to get back to the approach I had when I first put this band together in 2007,” Lewis toldÂ Exclaim!. “Being the only guitar player in the band now made me focus a lot more on that, too. ‘Skulldiggin’ was something we started jamming on and I decided to expand on it by putting a bunch of guitar parts down in the studio. A lot of these new songs came about that way.”

A Toronto concert reviewÂ also expresses the band’s change in sound: “[Electric Slave is] a pounding punk-soul opus that seems a deliberate break with the past. That was evident when the Austin, TX singer-guitarist and his five-piece backing group took the stage with little fanfare.”