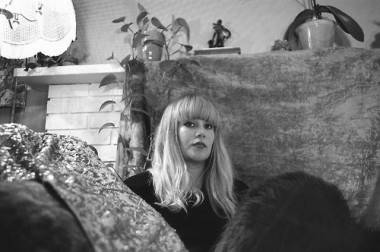 This weekend marks the first Big Joy Music Festival in Vancouver. The festival was founded by Shaunn Watt and JP DoucetÂ in the hopes of boosting the West Coast experimental music scene. They will be presenting four shows over three days, from Dec. 5 to Dec. 7. The shows will be hosted at one of three locations: The Remington, Kokopelli, and the Rainbow Connection.

The two Vancouver musicians who launched Big Joy are a part of the experimental scene themselves. Watt and Doucet were previously members of Red CedarÂ before that Vancouver band broke up in 2012. Watt went on to work as a solo artist, and has released two records. His newest album Foil was released in 2012.

Artists playing Big Joy include Ian William Craig, White Poppy, Diadem, and The Passenger. All the artists showcase different genres, from drone to ambient. The founders’ main goal for the festival is to create another platform for Vancouverites to view the underground music scene.

Not only that, but they are missing on some wonderful break-out albums. The debut album from Crystal Dorval, aka White Poppy, has been acclaimed in Vancouver Weekly, Beatroute, and Exclaim!. Oddly enough, this ambient music sensation has only been on the Vancouver scene since 2010.

However, other acts deserve more exposure. Luckily, the Big Joy Music Festival gives a stage for these bands to strut their stuff, and there are over 30 doing so this weekend.

“Big Joy is a listener’s festival,” Watt toldÂ Discorder. “It’s not a sexy, hang-out-with-your-buddy-and-talk-over-each-band thing. It’s really valuable that people are there to listen to, and to be involved in, the music.”

Festival passes range from five dollarsÂ to ten depending on the day. Twenty dollars will get you a festival pass for all three days.