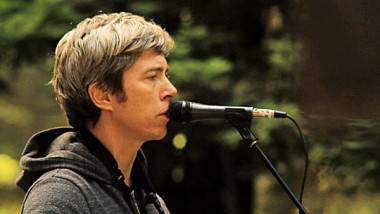 Bill Callahan is subject of a documentary at VIFF 2013.

This year’s Vancouver International Film Festival features a fresh crop of movies and docs for music fans, from a biopic of the man who signed The Undertones to a tour doc of Bill Callahan and a trip to the Alberta tar sands.

And of course, Pussy Riot. 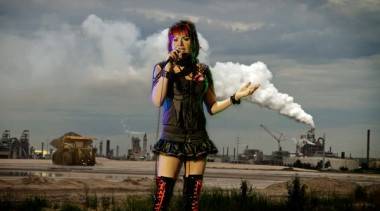 The Broken Circle Breakdown (Dir. Felix van Groeningen) – This is a Belgian/Netherlands movie about Belgian hillbillies playing traditional American bluegrass. No joke. It won an Audience Award in Berlin this year and an award of Best Actress for Veerie Baetens at Tribeca.Â (Oct. 6, 1:30 p.m. at the Rio; Oct. 9, 9 p.m. at the Playhouse) 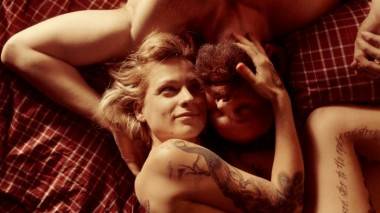 Johan Heldenbergh and Veerie Baetens in The Broken Circle Breakdown.

Vojta Lavicka: Ups and Downs (Dir. Helena Trestikova) – A documentary about the troubled life of the title musician, who is also an activist and reporter. With a Romany music soundtrack, Vojta Lavicka looks at the marginalization of the Roma living in the Czech Republic. (Oct. 5, 10:50 a.m. at International Village; Oct. 8, 9:15 p.m. at the Rio)

Pussy Riot: A Punk Prayer (Dirs. Maxim Pozdorovkin and Mike Lerner) – A look at Russia’s social order through the story of feminist art-rock collective Pussy Riot, now serving time for performing a 40-second “punk prayer protest” in Moscow’s Cathedral of Christ the Savior in Feb 2012. The doc won the Special Jury Prize: World Cinema – Documentary at Sundance 2013. However, according to Flavorwire: “A Punk PrayerÂ includes plenty of great footage, and a lot of work has clearly gone into both shooting and editing. The subject matter is fascinating, obviously. But still, it just doesn’t play well as an in-depth documentary – it’s more like a glitzy music biopic, something that perhaps stems from the idea of viewing Pussy Riot as first and foremost a band.”Â (Sept. 29, 11:10 a.m. at International Village; Oct. 10, 9:30 p.m. at the Rio) 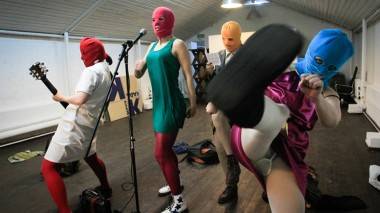 A Spell to Ward Off the Darkness (Dirs. Ben Rivers andÂ Ben Russell) – According to the VIFF 2013 guide, “Spell follows a nameless protagonist – musician Robert A.A. Lowe, of Lichens and Om fame – as he explores three markedly different existential options”, including living as a singer-guitarist for neopagan black metal band in Norway. (Sept. 27, 4 p.m. at International Village; Oct. 1 at 6:45, International Village)

Apocalypse: A Bill Callahan Film Tour (Dir. Hanly Banks) – Banks followed musician Bill Callahan on a tour for his acclaimed album Apocalypse. If you’re a fan – and if you appreciate great lyrics and melodies (as limited as Callahan’s voice can be), you should be – you’ll probably love Apocalypse. (Sept. 26, 9:15 p.m. Vancity Theatre; Sept. 30, 4:30 p.m. at the Rio)