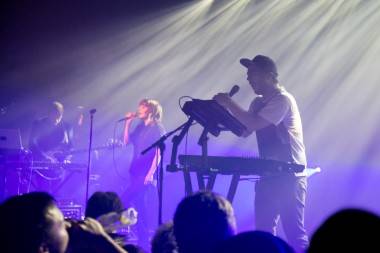 Chvrches on tour for their about-to-be-released full-length debut The Bones Of What You Believe.

The band formed in 2011 and released two songs in 2012, “Lies” and “The Mother We Share”. The trio’s first EP, Recover, came out earlier this year. Also this year, the band opened on some dates of Depeche Mode‘s The Delta Machine Tour.

Mayberry is a former freelance journalist and law student. Prior to Chvrches, she was a member of two other bands, Boyfriend/Girlfriend and Blue Sky Archives. 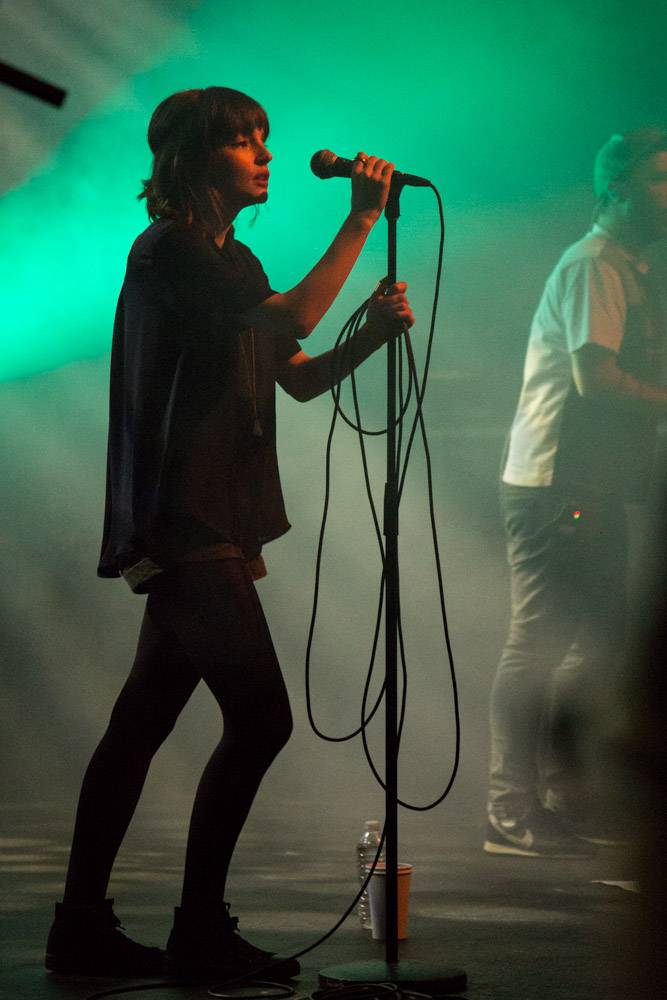 According to Stephen Ackroyd on the UK website Thisisfakediy, “Where others have lost their heads and compromised, CHVRCHES seem to have known exactly what they were doing from the get go. Their album The Bones Of What You Believe, has been timed to perfection. Not overcooked nor rushed, it contains everything that caught the imagination and turns it into a proper record. Far from ‘The Mother We Share’ and eleven other songs, it’s the sound of a band who know exactly what they want.”