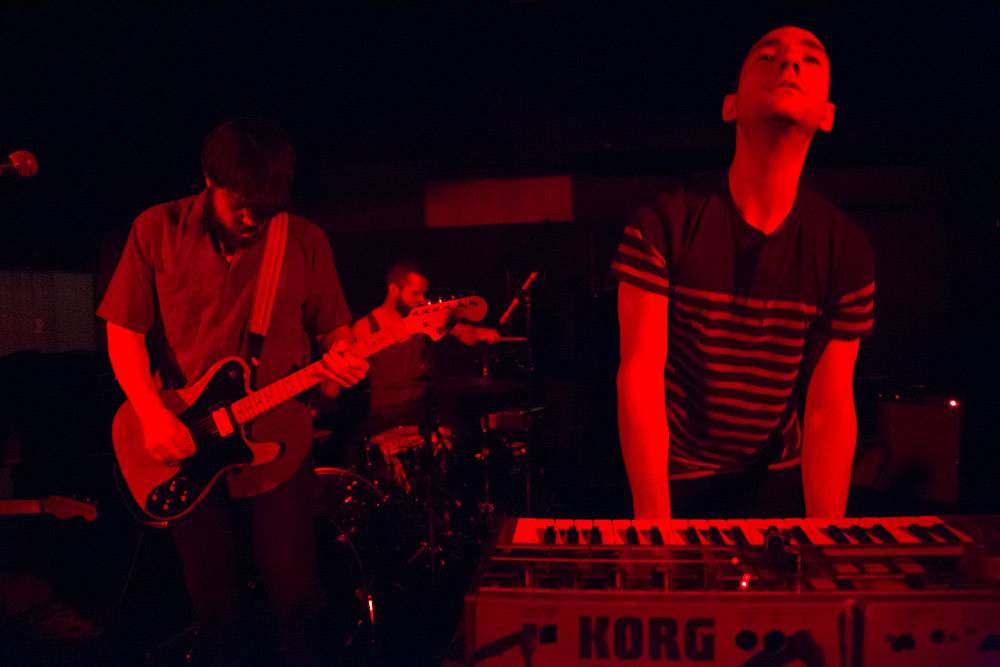 Suuns at Venue, Vancouver. The band is on tour for its second full-length album, Images Du Futur.

From the press release for the record: “After touring North America and Europe extensively throughout 2011, the band spent the winter and spring of 2012 writing and recording in their hometown, Montreal. Their sessions were concurrent with the Quebec student protests that started in February of 2012 and continued through September of this year. Set against a backdrop lead singer Ben Shemie calls ‘a climate of excitement, hope and frustration,’ Suuns aimed for an expansion of the musical ideas on their critically acclaimed first record, Zeroes, QC.”