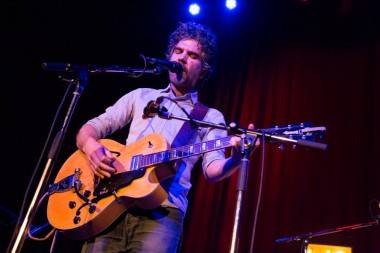 HaydenÂ Desser on tour for his new album Us Alone, at the Rio Theatre in Vancouver. Lou Canon opened the show.

The Toronto-based Hayden releases his first album, Everything I Long For, in 1995. Us AloneÂ is his first since 2009’s The Place Where We Lived andÂ has racked up positive reviews. The Globe and Mail called itÂ “….sublime and sonically rich. One ofÂ Hayden’s finest records.”Â The Chicago Sun Times said the record isÂ “A triumph of soft-spoken, plains-born hope and doom.” 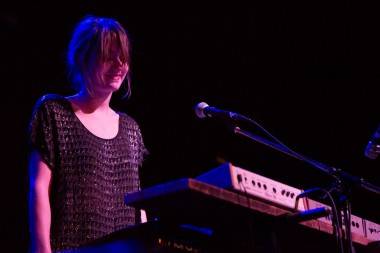 For Us Alone, Hayden has so far released one video, “Rainy Saturday.” He has several shows left on the tour, including these dates:

Lou Canon, his support act on this tour, is something of a Hayden protege. She is a former elementary school teacher and Hayden’s sister-in-law. Hayden produced her 2011 self-titled debut album and released it on his label, Hardwood Records. She also sings on Us Alone.