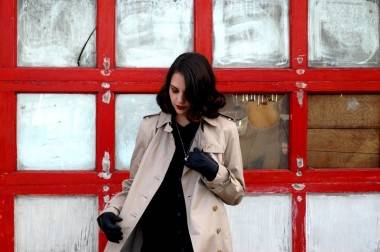 She Â released her debut albumÂ Involution/EvolutionÂ in February 2012.

“For 2013, Vague-Ã -bonde has finishedÂ 222Â a 5 song EP that catches the traveler at a moment of repose between journeys. The 5 songs are deeply reflective, digging through the past with an eye to the future- a moment of preparation & planning before the next journey begins. The music is future-retro electro-pop with strong roots in earthy analog synths & live instrumentation.”

“Evolved”Â is the first release single fromÂ 222Â with a video directed by Charlie Gerszewski.