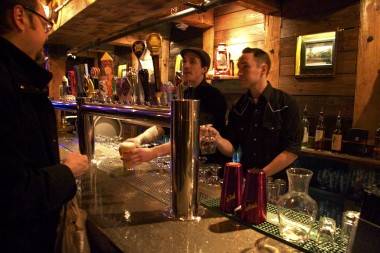 The Portside has taken over the old The Modern spaceÂ on the edge of Gastown, at 7 Alexander. Â Mark Brand‘s remake has given the space an East Coast/nautical theme.

The pub has dozens of beers on tap. They include a mix of locals and imports, including the Belgian favourite Delerium Tremens, as well as American craft beers. 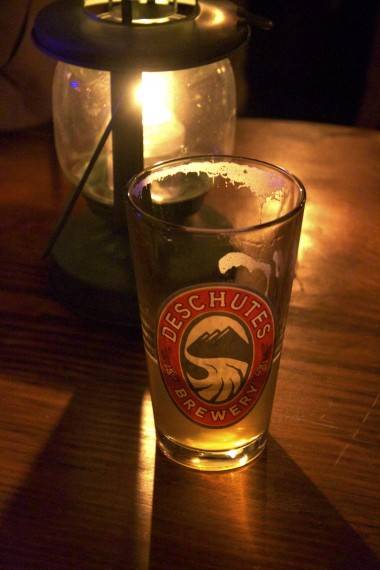 The Portside is three levels. Directly inside, a greeting area welcomes visitors. From there you can go to an upper or lower level. There’s a bar on each.

The downstairs area has a more enclosed, pub-like atmosphere, and a counter serving three kinds of food – dim sum, hot dogs and mini-sandwiches. Upstairs, one wall is adorned with framed black-and-white images of Vancouver from decades ago. AÂ Jameson Irish whisky-branded tub branded hangs from the ceiling behind the bar.

At the far end of the space, a platform between the upper and lower levels holds aÂ stage, DJ set-up and dance floor. The Portside has plans to bring in outside promoters to book the stage. 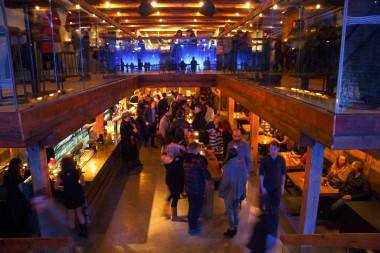 Next time you’re in Gastown, check out the Portside. The beer selection is good, the staff is friendly (they certainly were opening night, anyway) and it seems like a good place to see a band. Rich Hope certainly rocked it.