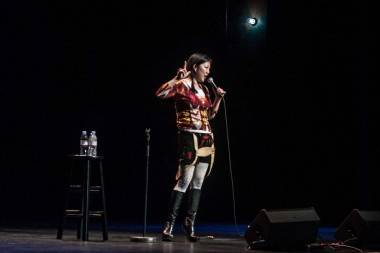 If the romance and roses peddled in anticipation of Valentine’s Day last week were enough to send you reeling then the Vancouver Comedy and Art Festival had just the antidote. Two of the most anticpated events of the festival includedÂ Bob Saget‘s Nasty Valentine and Margaret Cho‘s Mother. Both were at the Centre in Vancouver for Performing Arts, Feb. 15 and 16 respectively.

Saget, however, got it right. His second half also included three songs of his own and finished with the popular “Danny Tanner Was Not Gay”, sung to the tune of Backstreet Boys‘Â “I Want It That Way”. 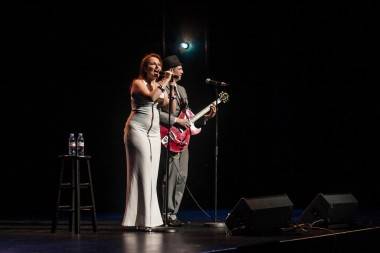 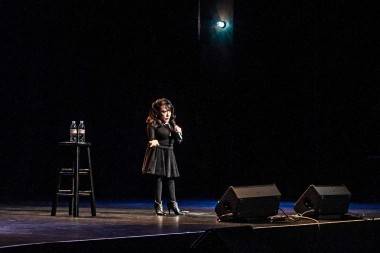 The highlight of the weekend for this writer was Margaret Cho. From beginning to end, Cho had the audience hanging on to her every word. Typical of the comic, her set concentrated on issues of sexuality – from her speculations aboutÂ Mitt Romey and Paul Ryan as a closeted homosexual couple to her self declaration of being a bear-hag.

When she wasn’t talking about the inner workings of a gay man’s mind she was divulging her own personal history. Despite a full house (a pun Bob SagetÂ  didn’t warm to the night before)Â  an hour with Margaret Cho on stage feels strangely personal. Whether or not she really is attracted to the kind of woman who can roll her own tampon is anyone’s guess. Her stories may or may not be true but really it’s irrelevant – she leads you to believe they are, which in turn leads itself to the success of her comedy.