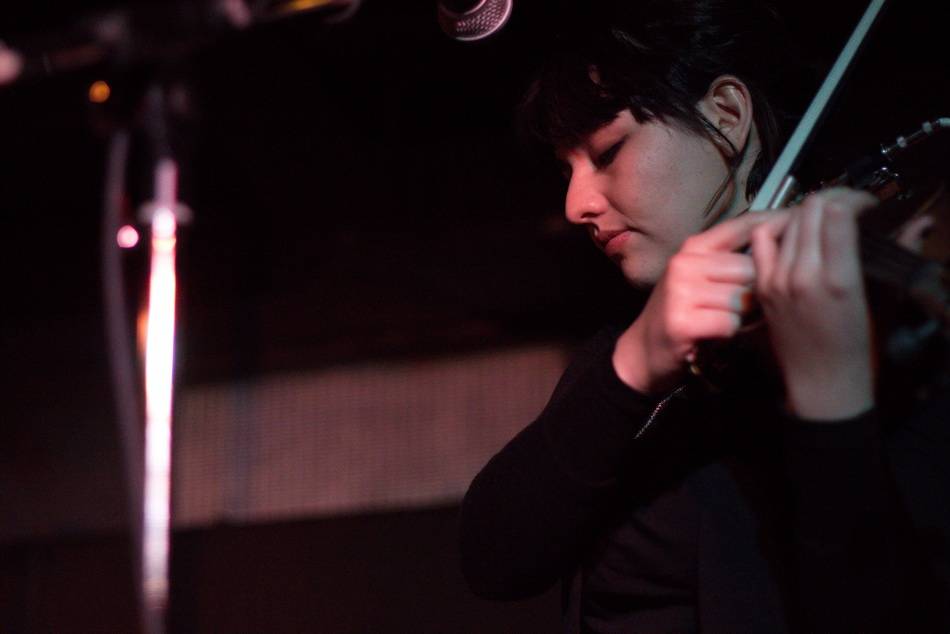 On Tuesday night, Vancouver’s Media Club hosted a selection of daring artists from the U.S., including Chelsea Wolfe and friends King Dude and Case Studies.

Each artist putÂ on a striking performance under trying and startling circumstances. With theÂ exception of Case Studies, aka Jesse Lortz, the rest of the line-up showed signsÂ of fatigue from the dreaded cold and flu that’s been making the rounds. WolfeÂ in particular stifled coughs and sniffs in between songs from her latest release,Â Unknown Rooms.

Despite Wolfe being under the weather, the singer’s velvety tone sounded immaculate onÂ the eerie, emotive tracks of the collection of these “once-orphaned songs”. If anything, her run-down condition stressed theÂ pain and heartbreak on songs like the album’s second single “Appalachia” andÂ its foreboding complement, “Boyfriend”.

The night took a more frightening turnÂ when a female audience member had a seizure and collapsed by the front of the stage.

Thankfully, she quickly recovered and was assisted out of the venue. As the crowdÂ parted and called for an ambulance, Wolfe and her bandmates remained composed,Â compassionate and respectful of the situation. Even the tastelessly loud andÂ inebriated group causing a scene amidst the emergency did not seem to faze theÂ young, dark virtuoso.

All eyes and ears were brought back to the stage as Wolfe invited King Dude toÂ accompany her on a couple of tracks from their recent split 7-inch. Her controlled,Â silky voice absolutely burnished against the grainy throat-growls from the Seattle band’s frontman, T.J. Cowgill, on theÂ gothic-folk numbers. Earlier in the night, King Dude had put on a grungierÂ opening set with interesting visuals, which included Cowgill’s slicked-back hair and monochrome attireÂ blending into the black-stained American flag backdrop, as well as recurring invertedÂ patriot and Christ imagery.

While his performance did not lack in the theatricsÂ department, it paled in comparison to Wolfe and Case Studies’ tighter and moreÂ controlled sets.

It would have been interesting to hear a collaboration between Wolfe and the literaryÂ savant who calls himself Case Studies. A far more reserved artist than Cowgill, the bearded poetÂ shrank behind his acoustic guitar on soul-bearing numbers from The World is Just aÂ Shape to Fill the Night. Feeding the audience with romantic and gut-wrenching lyricsÂ like “I had a dream last night of you on the floor on your hands and knees and myÂ fingers were strumming inside of you”, his compositions would make the harshestÂ critic weak at the knees.

Wolfe’s bandmates rejoined her on their violin and keyboard for theÂ mesmerizing “Flatlands”, on which the singer and her bandmates channeled the intricate arrangements of artists likeÂ Joanna Newsom and the experimental, ethereal qualities of the late, greatÂ Trish Keenan of Broadcast. Closing the night with a cover of ‘The End”, not the Doors song but a number by the ’70sÂ German folk songstress Sibylle Baier, it was a beautiful and appropriate end to aÂ series of provocative and stirring artists in the rising neo-folk movement.