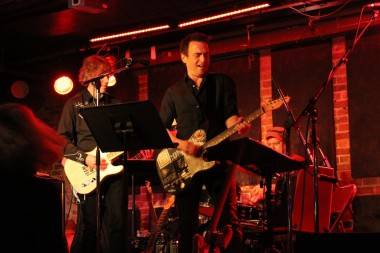 Vancouver Calling–A Tribute to The Clash and Joe Strummer

Considering the show was the Sunday night before Christmas Eve, the Vancouver Calling tribute to Joe Strummer and The Clash had a surprisingly strong turnout.

Presented by Black Hen Music and NSCU Centre, the show was divided into two sets. Both were anchored by a house band including Steve Dawson on electric and pedal steel guitar,Â Keith Lowe on bass and Geoff Hicks on drums. Guest singers each did a song for each of the two sets.

We only had time to stay for the first set, unfortunately. But what we saw was terrific.

The standout, at least in that first set, was Ralph Shaw. Among a lineup of fairly heavy-hitters, including Mother Mother‘s Ryan Guldemond, Wide Mouth Mason‘s Shaun Verreault and Colin James, Shaw was the probably the least known. But his ukulele rendition of “London Calling” came complete with googly eyes and a full range of manic/comic mannerisms from Shaw that added a whole new scary intensity to the song. 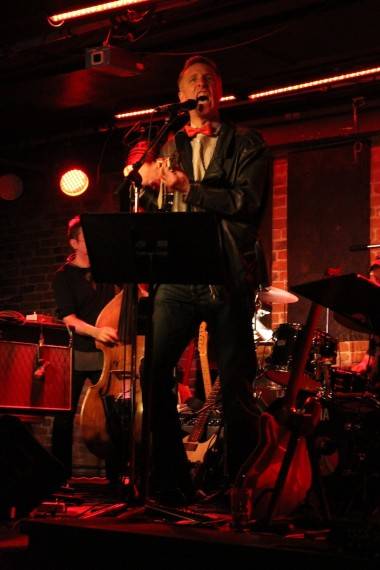 C.R. Avery was the next biggest surprise. In a ballsy move, the singer/spoken-word artist told a story about Grandmaster Flash and the Furious Five getting pelted with bottles by close-minded audience members when theÂ hip-hop progenitorsÂ opened for The Clash in New York in 1981. Avery channelled the injustice into a, yes, furious performance of Grandmaster Flash’s “The Message”, which segued magnificently into a jumped-up “White Riot”.

Dawson took lead for “Straight to Hell”; from his delivery of one of Strummer’s most empathic, cutting lyrics, it was obvious he gets the song. He also slammed home a searing guitar solo.

I’m not sure about Verrault’s decision to blues-ify “Rock the Casbah”, which made the hit all about the chorus. But “Pressure Drop”, James’ contribution, is always a good time, and a nice way to end the first set. Colleen Rennison of No Sinner belted out a convincing blues-rock “Brand New Cadillac” and Guldemond delivered a grim, fatalistic “Guns of Brixton”. Craig Northey of The Odds celebrated the post-Clash Strummer by drawing on the Mescaleros‘ tune “Coma Girl” and Rich Hope turned in an impassioned “Bank Robber”. 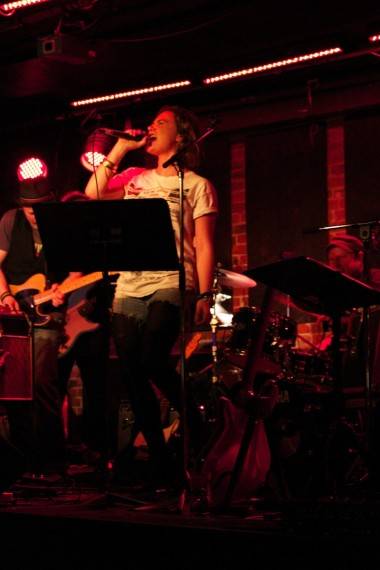 At the top of the set, the band did an instrumental “Should I Stay or Should I Go” and Jim Byrnes gave us an authoritative, old-time rock ‘n’ roll version of “I Fought the Law”.