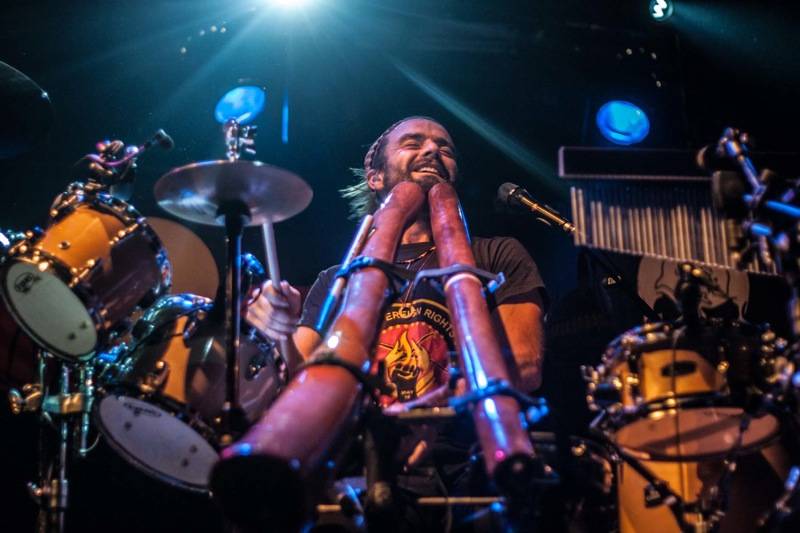 Xavier RuddÂ kicked off the Canadian leg of his Spirit Bird Tour Friday night at the Commodore Ballroom in Vancouver. Spirit Bird is the Australian singer, songwriter and one-man-band’s seventh studio album.

Rudd, a frequent visitor to these parts over the years, is touring with the award-winning Ohnia:kara Singers and Perpetual Peace Project from the Niagara Region.Â The tour includes dates in Edmonton, Winnipeg, Toronto and Hamilton.

Spirit BirdÂ was recorded in Thornbury, Ontario. Guests on the album include singers and drummers from the Anishinabe First Nation on the track “Bow Down”. 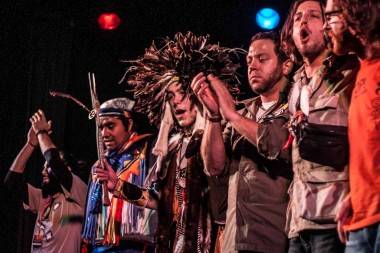 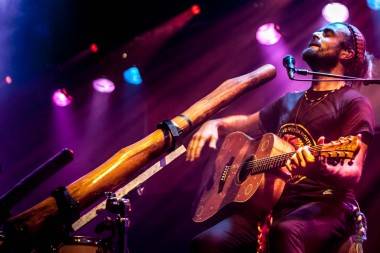 It’s not just the full sound of Rudd’s music that’s astounding (considering it comes from just a single person) it’s more so the screaming and swooning of his hysterical female fans. The long-haired, barefoot Australian caused quite a stir in The Commodore Ballroom Friday night. Rudd appeared like the silent type, solely focused on the wide array of instruments before him (didgeridoos, harmonicas, bells, guitars, chimes and pedals) and selectively ignoring the loud, obnoxious screams of ‘take your shirt off’ and ‘you’re so sexy’ to name but a few.

Rudd played a beautiful and delicate set that was memorizing to watch as he moved from one instrument from another with ease, playing guitar and didgeridoo simultaneously as if it was the most natural thing in the world. Rudd’s respect for his environment and for those around him seemed to be lost on the rowdy weekend crowd. I’m sure there were many there who appreciated the soft and often fragile sounds that are evident in his music but the screaming majority ruled and often over-powered the sounds of the man himself. There’s so much meaning behind the music Rudd creates and to watch him perform live is moving. For those that went for the music he provided. For those that went for the eye candy he also provided – judging by the screams, chants and marriage proposals.