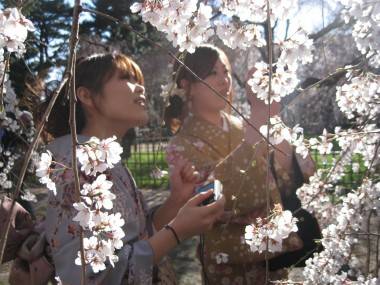 Movie review – The Tsunami and the Cherry Blossom

The first few minutes of The Tsunami and the Cherry Blossom aren’t easy to watch. The scene is a home video taken Mar 11 in one of the coastal towns hit hardest by the tsunami caused by the 9.0 earthquake that rocked Japan that day. As the water calmly flows across the village, carrying houses like leaves in a stream, you see people running for the hills, hear crackling pleas of “where’s grandma?” As the clip ends, two people who couldn’t make it up in time are swept away.

Watching the rest of the movie isn’t a whole lot easier. Much of the film was shot in the Tohoku region just a month after the tsunami hit, and many of the individuals interviewed were still in complete shock – their lives crippled by the destruction and loss. Hearing individual stories of people stolen by the wave, or the loss of an entire home, brings a greater understanding of how devastating a natural disaster can be on a personal level. 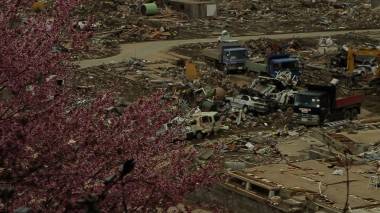 When director Lucy Walker initially set out for Japan, she had hoped to make a short film on the beauty of the cherry blossom and what it means to the Japanese people. While finalizing her plans, the earthquake struck and completely altered the story she wanted to tell. However, the tragedy turned into a unique opportunity to show the significance of Japan’s most celebrated flower.

While one of the towns literally lay in pieces, miraculously, a cherry blossom tree was left standing amidst the chaos, and with the coming of spring, began to bloom. The blossoming is usually very special for the Japanese people, but this time around there were mixed feelings. Some were angry that the tree could grow so beautifully in the wake of tragedy while others were inspired by the resilience of their beloved flower. It is in this contrast and others like it that the magnificence of this film lies.

The Tsunami and the Cherry Blossom’s images are divided between the serene beauty of the transient bloom, and the seemingly insurmountable mess left of the villages. The interviews switch between the horrific recounting of the tsunami’s affect and aftermath, and people speaking lovingly of the delicate flower. The opinions are a mixture of anger and hope: anger at the trees for continuing on while lives have been shattered, and hope that if the tree can stand and bloom in the chaos, so may the recovering people. 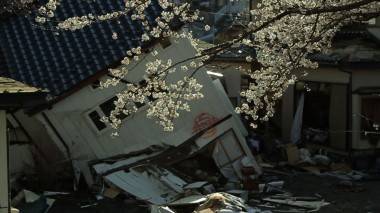 As the front pages of newspapers across the world moved on to other stories, and those of us unaffected began to move on with our own lives, many of us forgot that things weren’t any better for the disaster’s victims. But the lives of those affected by it did continue as well despite their new chaotic environment.

Equal parts beautiful and heart wrenching, the 2012 Academy Award-nominated film (for Best Short Documentary), The Tsunami and the Cherry Blossom masterfully depicts human strength under trying conditions. The stories of loved ones swept away are difficult to hear, but remind us of what is most important in life.

The film was screened at the 2012 Vancouver Asian Film Festival. The annual event lasted four days, Nov 1-4, and featured over 35 films by independent Asian filmmakers from North America, as well as choice selections from around the world.

One response to “The Tsunami and the Cherry Blossom – movie review”