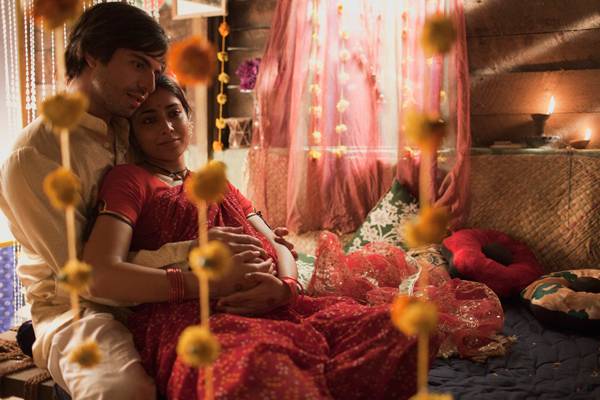 Midnight’s ChildrenÂ is one of the most ambitious films of the last decade. Based onÂ Salman Rushdie’sÂ epic novel, the narrative includes the colonization of India by the British, the birth of India and Pakistan, and the resulting bloody feud between nations. With an intricate Â plot, which includes an endless number of characters and themes, the 1980 novel was considered unfilmable. But with aÂ screenplay by Rushdie himself, directorÂ Deepa MehtaÂ (Water,Â Â Fire,Â Â Earth), along with a cast and crew of thousands, almost pulls it off.

The story begins with hundreds of children born around midnight on the eve of India’s independence. Each has a unique power. The most powerful isÂ Saleem Sinai. With his magical nose, he can telepathically communicate with all the children. His antagonist isÂ Shiva, the fighter. The two boys are switched at birth, thus condemning Shiva to a life of poverty while Saleem lives a life of fortune. Their fates continue to intermingle as they struggle to find their way amidst the chaos of the aftermath of Â Indian independence.

Besides writing the screenplay, Rushdie narrates at critical points with a few choice words, which help make the story intelligible. When Saleem’s mother,Â Amina, weds her new husband, we are told, “But love is a rare thing.” Â The facade of love is sorrowfully unveiled, as each proceeding moment in her new marriage betrays a profound longing. Her proceeding disillusionment is a slow, painful heartbreak. She will never love him, or anyone, like she loved her former husband, a sentimental poet, and the audience is privy to a masterful depiction of the unraveling of choice. 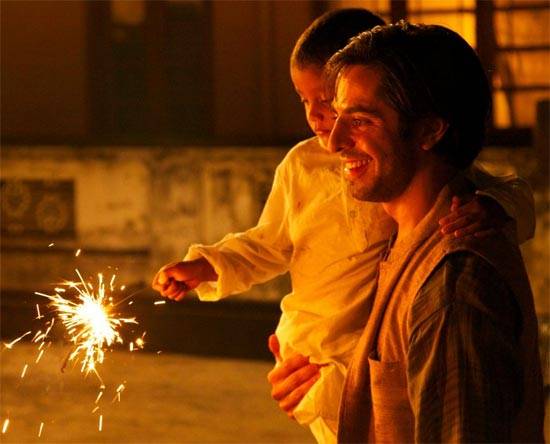 Other parts of the film are also poorly handled. Conjured up by Saleem’s mystical nose, the midnight’schildren meetings have potential to be incredibly cinematic–but they feel like corny staged theatre, and almost all the characters lack enough screen time to be noteworthy. Moments of strife between Shiva and Saleem feel comical and out of place, more reminiscent of a brawl out of Grease or West Side Story than a supernatural congregation.

The main issue in Midnight’s Children, however, is time. There are too many characters, and too manyÂ themes in the novel, for a coherent translation, even in a movie that is two-and-a-half hours long. Yet the parts that do work are captivating, and it is possible to get lost in the enchantment. This is in part due toÂ Satya Bhabha, an English actor whose resume includes Scott Pilgrim vs. the World. As Saleem, he is remarkable, and he carries the emotional weight of the script. His charming earnestness communicates his sense of wonder, creating depth in his strange magic and ethereal love.