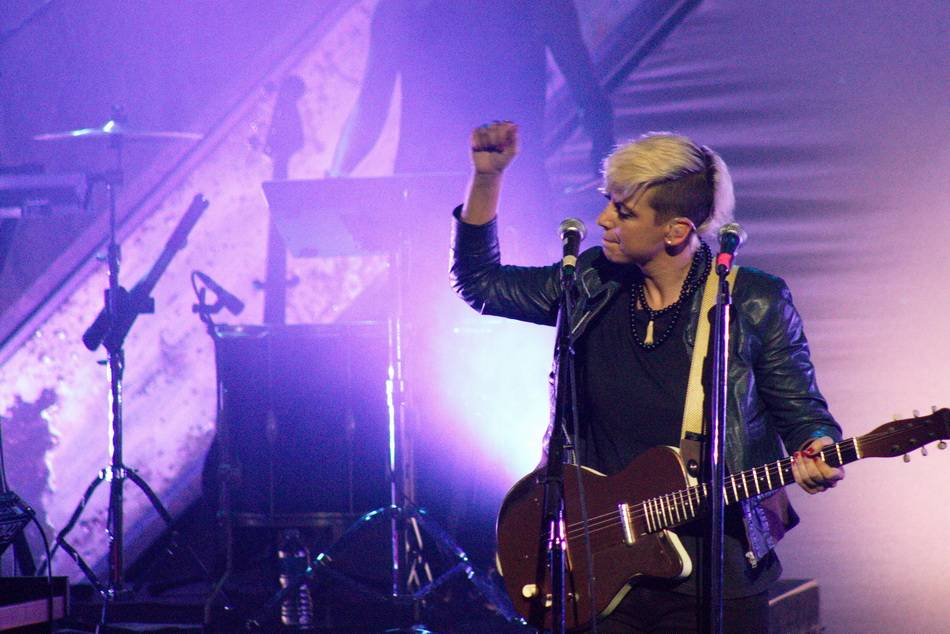 When the set finally began, it started on a simple note. Cat Power, akaÂ Chan Marshall,Â stood bathed in a single blue light, a solo guitar accompanying her sultry voice. Her sound was haunting, textured with smokey tenderness and brooding depth.

Although Marshall captured a few good moments, her stage presence completely fell apart during her more energetic songs. Even her physical appearance reflected her musical redirection. Forget the bohemian damsel with the indie-rock bangsÂ – the new Cat Power sported a leather jacket and a modified mohawk. She even tried to move like a rocker, but looked more like a mime trapped in a shaky box as she shifted her shoulders and hands awkwardly about. It was a strange sight to behold.

Although it was a weird performance, Marshall managed to maintain focus and make it through without a meltdown. Considering that she is nearly bankrupt, and suffering from a severe condition called angioedema, it is a miracle she performed at all.Â  She has officially postponed her European tour to 2013 due to these circumstances.

At one point near the end show’s end, an exasperated fan yelled, “Play more of your old stuff! Please! Please!”, and was joined by a few others. Cat Power played a few old favorites, such as “I Don’t Blame You” and “The Greatest”, but the rest of her set was completely new material. While her new stuff is fun, it doesn’t offer the experience of her earlier work. And while the show had its moments, many fans left unsatisfied. Marshall has an evocative voice, and some of her songs are beautifulÂ – but this was a poor performance.