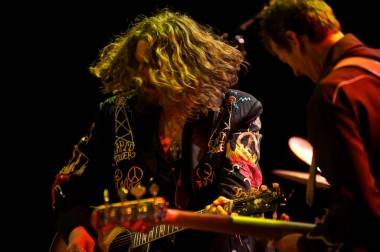 Blackie and the Rodeo Kings at the Vogue Theatre, Nov 27 2012. Christopher Edmonstone photo

Photos–Blackie and the Rodeo Kings at the Vogue Theatre, Nov 27 2012

Blackie and the Rodeo Kings brought a few special guests to Vancouver Tuesday night. Exene Cervenka of X sang with the band, which also included Matt Andersen and Amy Helm. The group was celebrating the recent release of the deluxe edition of their 2011Â Kings and Queens album.